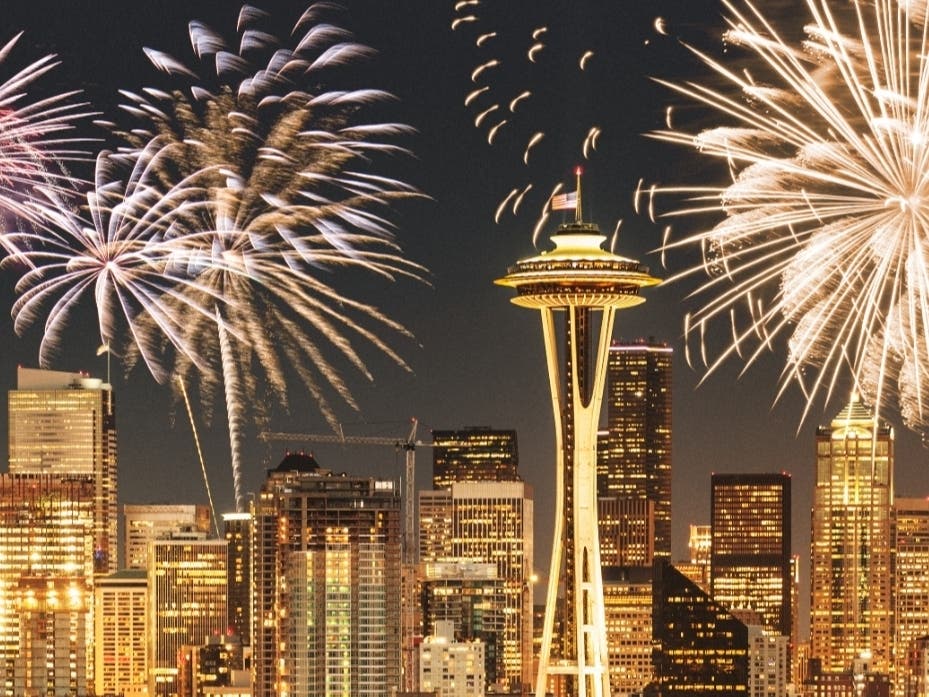 Of course, we can’t talk about 2021 without talking about the COVID-19 pandemic, so lets get it out of the way.

Hard to believe it, but COVID-19 vaccines actually first made their way to Washington in late 2020. However, it’s fair to say they had a bigger impact in 2021, as the state expanded vaccine eligibility from only the most vulnerable Washingtonians to everyone ages five and up. Gov. Jay Inslee also turned some heads in 2021 by issuing vaccine mandates for health care workers, state and school employees, among others. The state also started requiring proof of vaccination for attendees of large events. No more mandates are planned.

Washington state approved booster shots just this month. All together, health care providers across Washington spent the year administering nearly 12 million vaccine doses and booster shots. As of the state’s latest update, 75.6 percent of the population 12 and up is fully vaccinated.

That’s good news, because this year the coronavirus became a lot more infectious. In summer, the more-transmissable delta variant arrived in Washington, quickly becoming the dominant strain of the coronavirus and driving a record-breaking fifth wave of new COVID-19 infections. However, its reign didn’t last the year: In early December, the omicron variant arrived in Washington, and has since become the state’s dominant coronavirus strain, accounting for nearly 75 percent of new cases.

Finally, while a good deal of COVID-19 safety protocols remain in place, this year also saw a lot of restrictions lifted. It may seem a lifetime ago, but it was just this March that Washington entered Phase 3 of Gov. Inslee’s reopening plan, allowing Washingtonians to attend baseball games and concerts once again, and lightening restrictions on restaurants, gyms and other businesses.

States across the country experienced weird weather this year courtesy of our destabilizing climate, but Washington saw some particularly wild weather events. In June, a record-breaking heat wave killed more than 100 Washingtonians, making it the state’s deadliest weather event ever. An international team of 27 scientists calculated that climate change increased the chances of the extreme heat event by at least 150 times, probably more, and it’s likely to become a new normal for Washington.

“Washington summers are getting longer, hotter and potentially more dangerous,” the Department of Health said. “According to climate scientists, the number of very hot days and extreme heat events will increase across the state, though by how much varies depending on location and future greenhouse gas emissions.”

But it’s hard to imagine the record-breaking heat, because we’re fresh off a streak of record-breaking snowfall. Just this week, the skies dumped upwards of half a foot of snow on Puget Sound, and Seattle was stuck in sub-freezing temperatures for 103 hours straight, the longest stretch in more than two decades. While temperatures have warmed a little, there’s still a chance for more snow in the coming few days.

The lives of the rich and famous (got complicated)

Washington state is home to some of the richest people in the world, and Washington’s billionaires definitely had an eventful year. Back in May, Bill And Melinda Gates (now Melinda French Gates) announced they were divorcing after 27 years together. Divorce proceedings officially began in May, and their divorce was finalized in August. The duo have committed to continuing their work at the Bill and Melinda Gates Foundation together.

Meanwhile, MacKenzie Scott, who back in 2019 divorced Amazon’s Jeff Bezos, in March married a Seattle science teacher. Scott is one of the richest people in the world, with a 4 percent stake in Amazon and an estimated net worth of more than $50 billion. Last December, she announced more than $4 billion given to 384 organizations in just four months, including some in the Seattle area.

Finally, Jeff Bezos himself had an eventful year as well, announcing he was stepping down as CEO of Amazon in February, and rocketing to space aboard Blue Origin’s first passenger flight in July. He also wore a cowboy hat.

While there was no political drama quite as intense as the 2020 election, plenty happened in Olympia this year. On Jan. 6, the same day a pro-Trump mob stormed the Washington D.C. in an attempt to overturn the 2020 election, a group of pro-Trump protesters also breached the gates of the governor’s mansion in Olympia. The governor and his wife Trudi were inside, but unharmed. As a result of the breach, several protesters have since been arrested, and the Capitol Campus was placed on minor lockdown, with increased security and fencing, for several months. The last of the fencing was pulled down in May.

And yes, some laws even got passed in Olympia. The state legislature passed $2.2 billion in COVID-19 relief, and approved a capital gains tax. A new law, going into effect Monday, will require restaurant patrons to specifically ask for plastic utensils. The minimum wage will rise to $14.49.

And that’s about all I’ve got. Surely there’s more that I’ve forgotten— let us know in the comments if there was a story that was particularly meaningful to you. Otherwise, happy 2022. Here’s to a better new year.