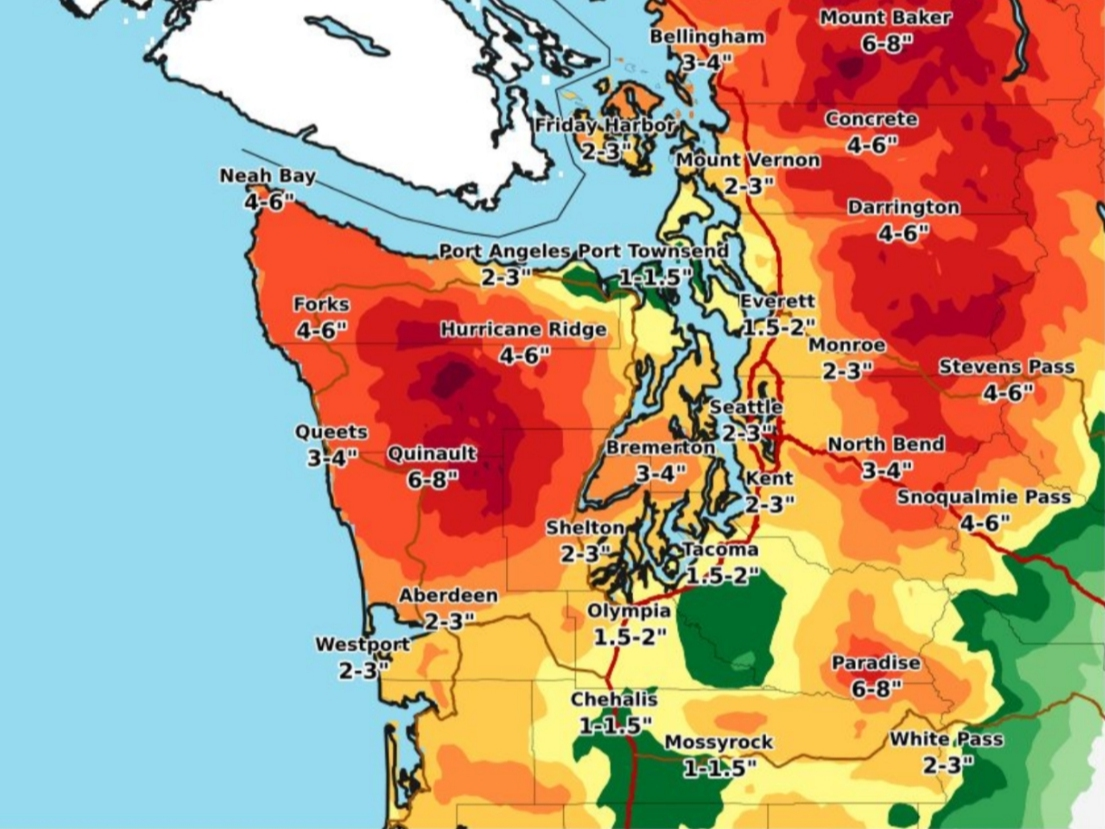 SEATTLE — After a break in the action Saturday, another atmospheric river is on deck to bring the rain back in full force. According to the National Weather Service, more river flooding is highly likely across the region, and another three inches of rain is possible for the Seattle area by Monday night.

The first band of heavier rain rolled in Saturday night, and Sunday’s timeline was forecast to stay showery for most of the day before intensifying in the evening.

“Most guidance has the bulk of the plume of moisture across northern areas (Whatcom County) and into BC on Sunday,” NWS Seattle wrote Saturday. “In general, the front is expected to slowly slide [south] Sunday night into Monday. Rain rates will be heaviest for most of the area during this period, with rates of 0.25 – 0.75″ per hour possible briefly, this will increase the potential for urban flooding.”

A flood watch remains in effect across Puget Sound until Tuesday afternoon, and forecasters expect most area rivers will return to their flood stages, similar to the earlier storm. Winds will also be something to keep an eye on, with gusts up to 30 mph possible at times around the Seattle area.

As the warm front exits, temperatures will take a noticeable tumble, and overnight lows may dip into the mid-30s by Tuesday night. In the mountains, snow levels will fall by Monday evening, which could bring another few inches to the passes.

The middle of next week looks drier, but temperatures are on track to be roughly 10 degrees below normal, with afternoon temperatures failing to escape the 40s.

Here’s the 5-day weather outlook for the Seattle area: