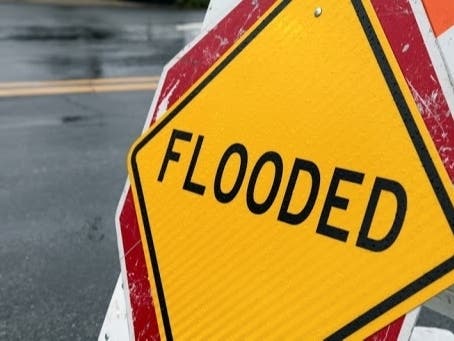 SEATTLE — It must be winter in Puget Sound because the wild weather just keeps coming. Fortunately, we’re not due for any sort of snowmaggedon nightmare like we saw in late December.

Unfortunately, Western Washington is due for a round of wind, rain, and even potential flooding in select areas.

The rainfall should be the heaviest Tuesday night through Wednesday morning, tapering off through the day Wednesday. Parts of the Olympics are forecast to see up to 10 inches of rain during that time. The Cascades, meanwhile, will see between three and five inches.

The heavy rain has the National Weather Service issuing a flood watch for most of northwest Washington, including King, Snohomish, Jefferson, Mason and Skagit counties. While the watch is in effect for all rivers fed by the Northern and Central Cascades, meteorologists say they’re most concerned about the Skokomish River.

“Currently, the only river above flood stage as of this afternoon is the Skokomish River near Potlach, but do expect area rivers to continue to respond to rainfall over the next 24 hours,” forecasters write. “The rivers that bear the closest watch thru midnight tonight include the Satsop River near Satsop, the Tolt River near Carnation, and the Stillaguamish River at Arlington.”

The flood watch is set to expire Thursday morning.

As the rain pours down Wednesday morning, it should be joined by gusty winds. Forecasters warn the gusts will be strong enough to knock down tree limbs and potentially cause isolated power outages. However, the worst of the windy conditions will be limited to the coast and north interior.

Meanwhile, rain in the lowlands will become freezing rain and ice in the passes. Most of the cascade passes just reopened after this weekend’s heavy snowfall, but may need to be closed again if enough ice congeals on the roadway. In particular, the National Weather Service says they’re expecting Snoqualmie and Stevens Pass to see isolated areas of ice buildup, especially on bridges and overpasses.

Light rain should continue through Thursday, but if Washingtonians can tough through that, Friday through Monday are predicted to be calmer, giving our rivers some much-needed time to recede back to normal levels.