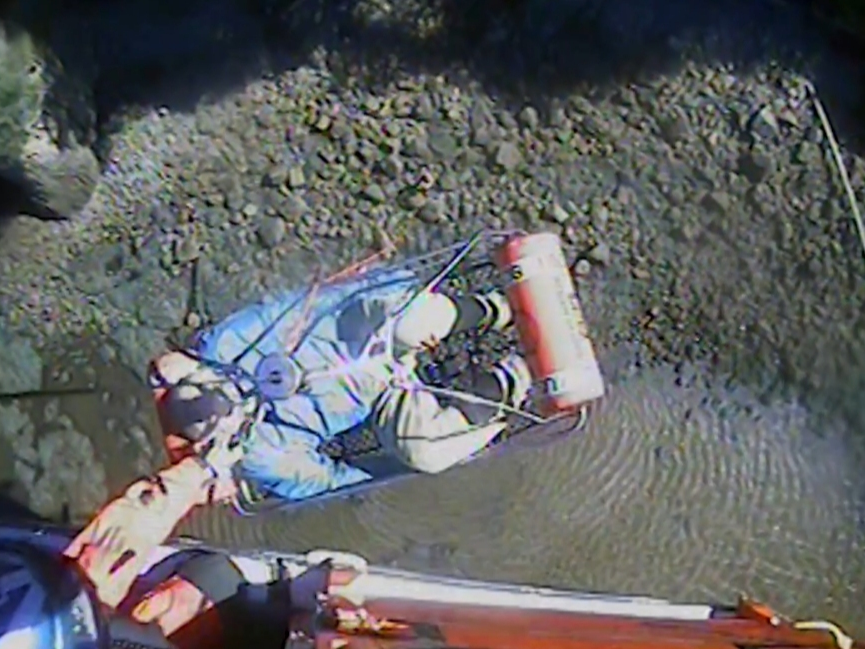 PORT ANGELES, WA — An injured hiker was airlifted to safety Monday afternoon after injuring his leg on a beach in Olympic National Park, according to the U.S. Coast Guard.

In a news release, officials said Coast Guard Sector Puget Sound fielded a call from the Air Force Rescue Coordination Center shortly before 2 p.m. Monday asking for help reaching a 73-year-old man from a beach near Cape Johnson. Park rangers said the man’s son was able to hike to higher ground and call for help from a nearby road.

Just a few minutes later, a Coast Guard helicopter crew diverted from a training exercise and refueled in Port Angeles, arriving above Cape Johnson shortly before 3:20 p.m. The aircrew was able to hoist the hiker to safety and deliver him to medics waiting at Air Station Port Angeles.

Find out what’s happening in Across Washingtonwith free, real-time updates from Patch.

Watch a video of Monday’s rescue below:

Find out what’s happening in Across Washingtonwith free, real-time updates from Patch.