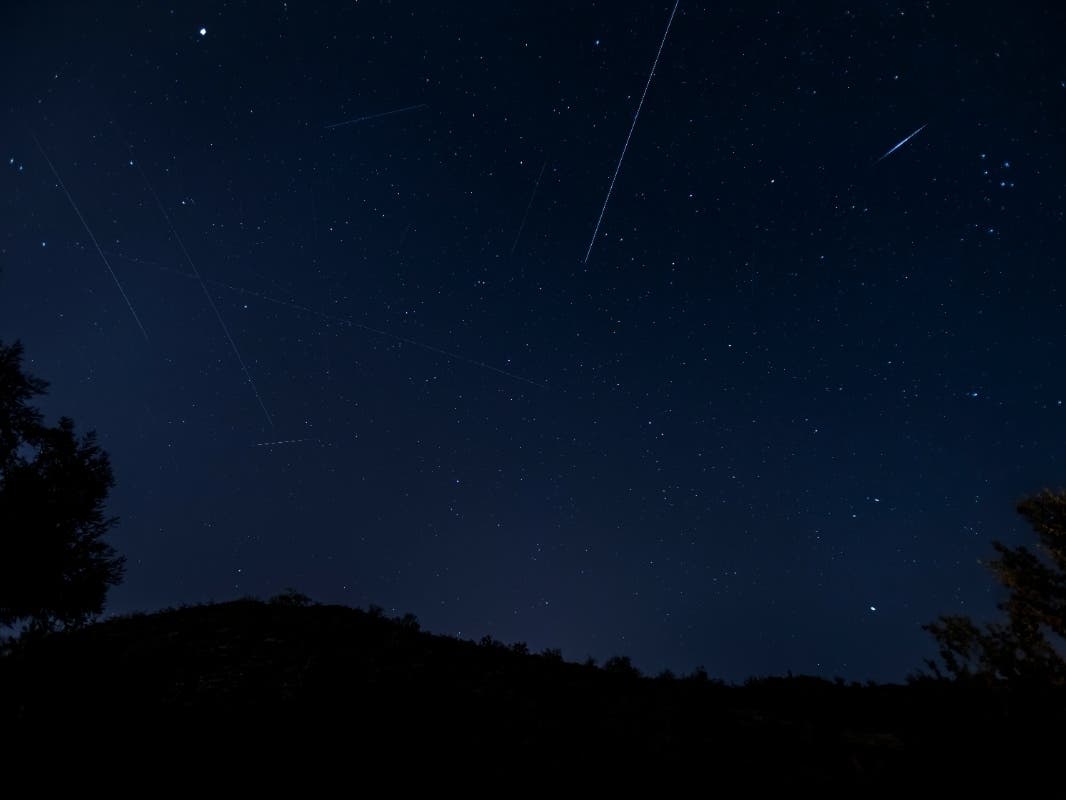 WASHINGTON — Western Washington’s tricky spring weather could make it a challenge to see the latest celestial show, but a few breaks in the clouds might allow for a glimpse in the coming days.

The Eta Aquariid meteor shower isn’t the showiest shooting star show of the year, but there are still plenty of good reasons for people in Puget Sound to start scanning the sky. It’s going on now and peaks next week.

For peak viewing, next week’s weather outlook has a little bit of everything, with more rain and clouds nestled between some sunnier days.

The shower peaks overnight Wednesday, Thursday and Friday, May 4-6. According to the National Weather Service’s seven-day forecast, Wednesday should be fairly sunny during the day, with temperatures reaching the mid-60s, but the clouds may return by evening. Thursday is forecast to be rainy and cloudy.

Fortunately, there should still be a handful of chances to spot the Eta Aquariids, which continue through May 27.

For the best chances to see shooting stars, try to find a dark sky free of city lights.

At the peak, expect to see 10 or 30 shooting stars an hour. If skies are clear, viewing conditions will be much better than for April’s Lyrid meteor shower, which played second fiddle to a bright moon. This year, a waxing crescent moon setting during the evening will make for moonless predawn skies.

The American Meteor Society notes that the Eta Aquariids are “swift meteors that produce a high percentage of persistent trains, but few fireballs.” The long-running shower favors the Southern Hemisphere, where it reliably produces about 60 shooting stars an hour. People living in the southern United States will get the best show, with 10 to 30 meteors an hour; anyone living along the U.S.-Canadian border may see only a smattering of shooting stars.

If that’s not reason enough to get up early (or stay up super late) and head out to a dark sky, there’s this: The Eta Aquariids are the last chance to look for meteors until the Delta Aquariid meteor shower in late July. It runs for more than a month and intersects with the summertime favorite, the Perseids.

The flash of light known as a meteor occurs when meteoroids — “space rocks” ranging in size from a dust grain to a small asteroid — enter the Earth’s atmosphere, or that of another planet, at a high speed and burn up. Meteors fly on any given night, according to NASA, but when several are seen in a short period, it’s called a meteor shower.

Meteor showers occur annually or at regular intervals when Earth passes through the dusty debris trails left by a comet and, in a few cases, asteroids.

Halley’s Comet, which visits our solar system every 75 years or so, is the parent of both the Eta Aquariid meteor shower and the Orionid meteor shower in October. That’s because the comet is in a retrograde orbit around the sun — that is, in the opposite direction of Earth and other planets — so Earth passes near its path twice.

The Eta Aquariids appear to radiate from the constellation Aquarius the Water Bearer, the 10th largest in the sky but still difficult to find with the naked eye because none of its stars are especially bright. The brightest one, Sadalsuud, or beta Aquarii, is a rare yellow supergiant with a mass almost five times that of the sun. It’s relatively young for a star at 110 million years, and is about 600 light-years away.

Don’t get hung up on trying to find the constellation, though. Meteors can come from any direction. Dress warmly, fill a Thermos with coffee or some other warm beverage, and take a reclining lawn chair and blankets to your dark sky location. Give your eyes at least 15 minutes to adjust to the darkness, then sit back and enjoy.