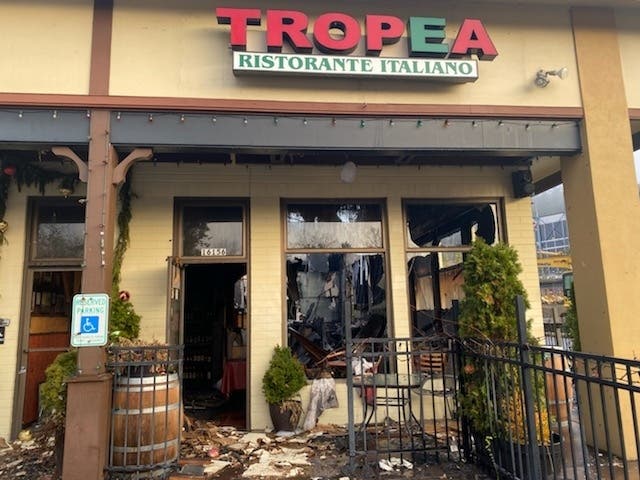 REDMOND, WA — A Redmond man accused of setting fire to a downtown strip mall last week was arrested Wednesday and now faces arson and burglary charges, according to police.

Flames tore through several businesses at Redmond’s Marbella shopping plaza on Jan. 14, destroying Tropea Ristorante Italiano and another business while damaging three others. Fire officials said the older design of the building allowed flames to spread quickly through a shared attic space, affecting the following businesses:

In a news release Friday, the Redmond Police Department said Tyndale Cubbo Santos Mariur, 23, of Redmond, was arrested Wednesday in an unrelated case and charged Thursday on suspicion of second-degree burglary and arson linked to last Friday’s fire.

Officials said an investigation into the fire’s cause was still underway, and police asked anyone with information about Mariur or his activities leading up to the incident to contact investigators at 425-556-2500.

An online fundraiser to help the Tropea restaurant’s staff raised more than $40,000 in just a few days.