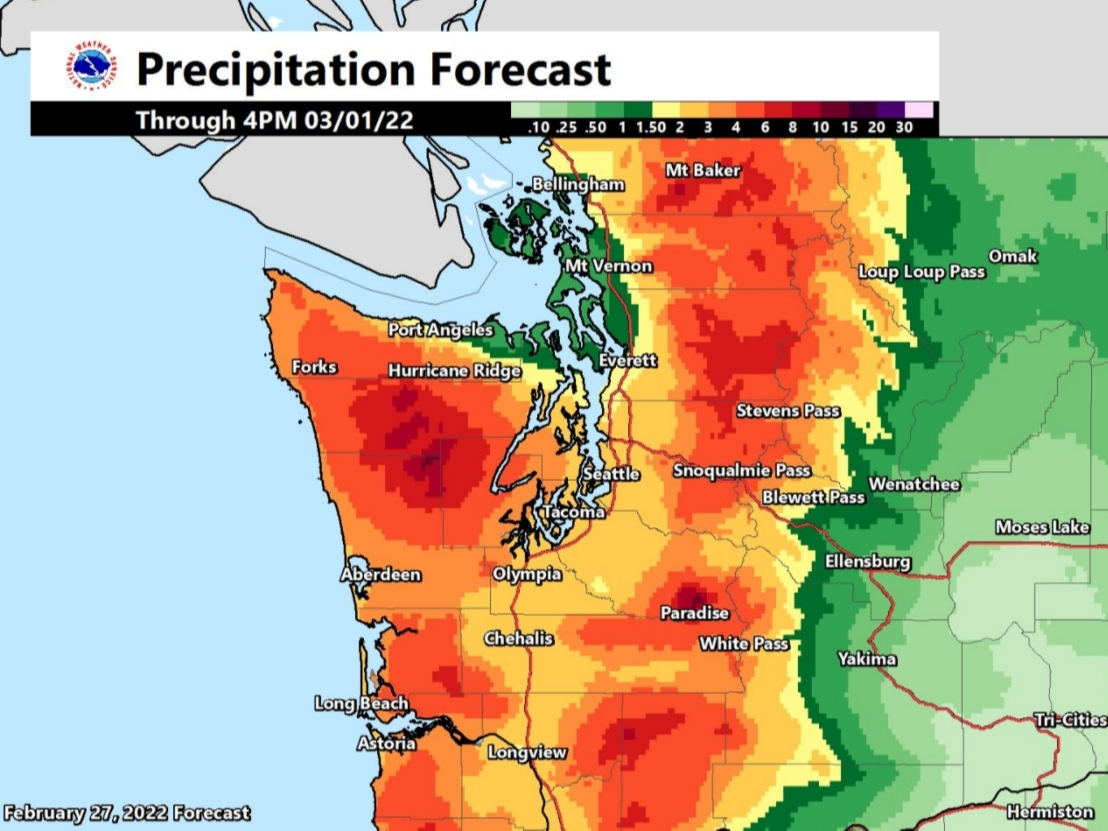 SEATTLE — A flood watch will be in effect from early Monday through Wednesday afternoon, as an atmospheric river dumps more rain across Western Washington. Forecasters said rivers in several counties were likely to reach minor to moderate flood stages while heavy rain persists into Tuesday.

Expected rainfall amounts have increased from earlier forecasts, with the strongest precipitation likely over the Olympics, along the coast, and in the Cascades. The rest of the lowlands could see anywhere from 2 to 4 inches.

According to the National Weather Service, there is some risk for periods of excessive rainfall, and multiple rivers are expected to reach at least the minor flood stage. The Skokomish, Nisqually, Cowlitz and Snoqualmie rivers are forecast to reach the moderate stage.

Gusty conditions will be another factor to keep an eye on, adding to the potential for downed trees and power outages as winds increase through Monday afternoon.

“In addition to the heavy precipitation, it will become breezy to locally windy for a large swath of the region,” NWS Seattle wrote Sunday. “Strongest winds will likely be associated with the warm front as it moves onshore Monday morning and will be felt most prominently along the central coast where some gusts of 45 to 50 mph are expected. Breeze conditions will persist into Monday night.”

While rain showers are likely to stick around for much of the week, the heaviest rain should pass by Tuesday and rivers should continue to recede Wednesday. Early forecasts show next weekend could bring another dry pattern.