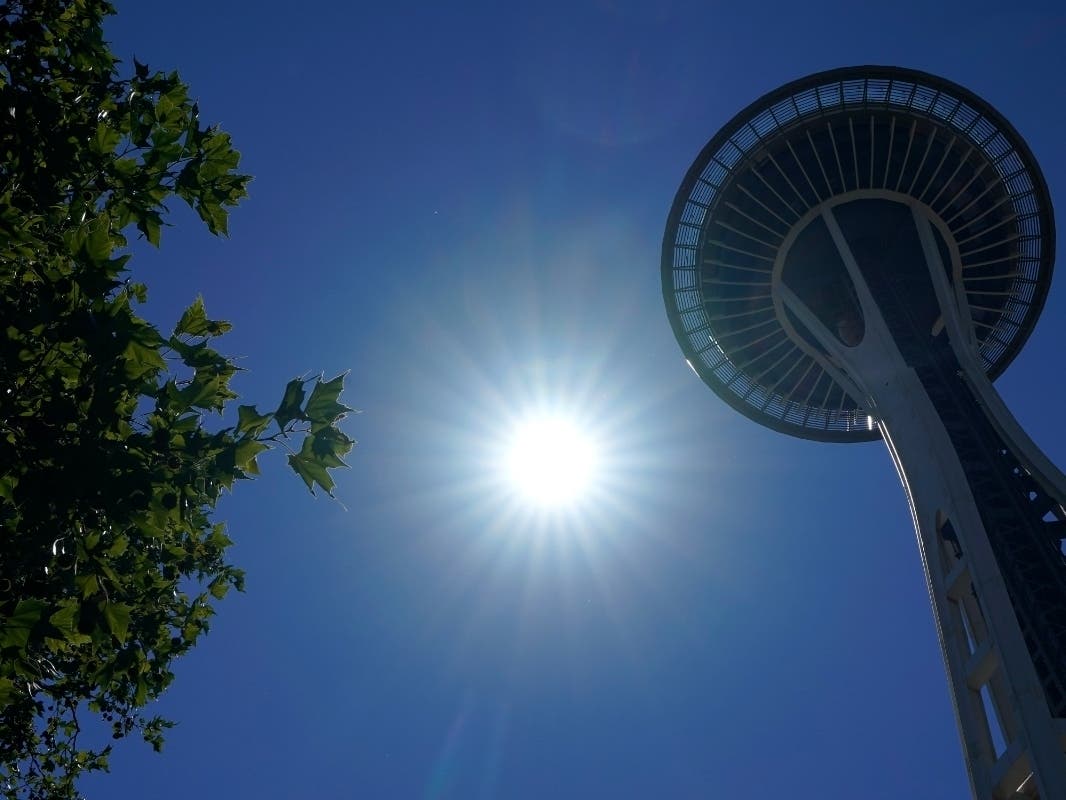 SEATTLE — The first heat wave of the summer is about to settle over Puget Sound, and the latest forecasts call for afternoon temperatures hitting at least the mid-80s for the next three days. The National Weather Service has issued a regionwide heat advisory, which will take effect at noon Saturday and expire late Monday night.

Forecasters expect all three days will break into the 80s, with a chance for some areas to hit the low 90s, while overnight temperatures are unlikely to fall below 60 degrees. The National Weather Service said Sunday is likely to be the hottest day so far, landing in the high 80s around Seattle and close to 90 degrees in the South Sound — but Monday won’t be far behind. The heat will be even more pronounced east of the Cascades, and parts of the Inland Northwest could hit triple digits.

Though far less extreme than the record-breaking heat of nearly one year ago, forecasters warn many may still be caught off guard, and risks remain for heat-sensitive groups, children and pets.

“With the wet and cooler spring that occurred this year, many will not have had a prior chance to acclimate to hot temperatures and may experience more heat related effects as a result,” NWS Seattle wrote Friday. “With a number of ongoing outdoor events happening this weekend, it will be important to take the necessary steps to mitigate heat illness and impact. Additionally, please do not leave pets or children in cars for any length of time, and always look before you lock. Check in on sensitive populations such as the elderly and very young.”

While it will feel plenty toasty outdoors, NWS Seattle also cautioned that area rivers are still running fast, and bodies of water across the region remain cold and hazardous.

“Cold water impacts are also non-negligible as many may feel compelled to seek the water as relief,” forecasters said. “Hypothermia and shock can set in very quickly. The air may be hot, but the water is still dangerously cold.”

For most areas, forecasters said Monday will be just a degree or two cooler, though coastal areas will begin to cool off Sunday evening. Temperatures could tumble nearly 25 degrees by Tuesday, and conditions should return closer to normal from Wednesday onward.