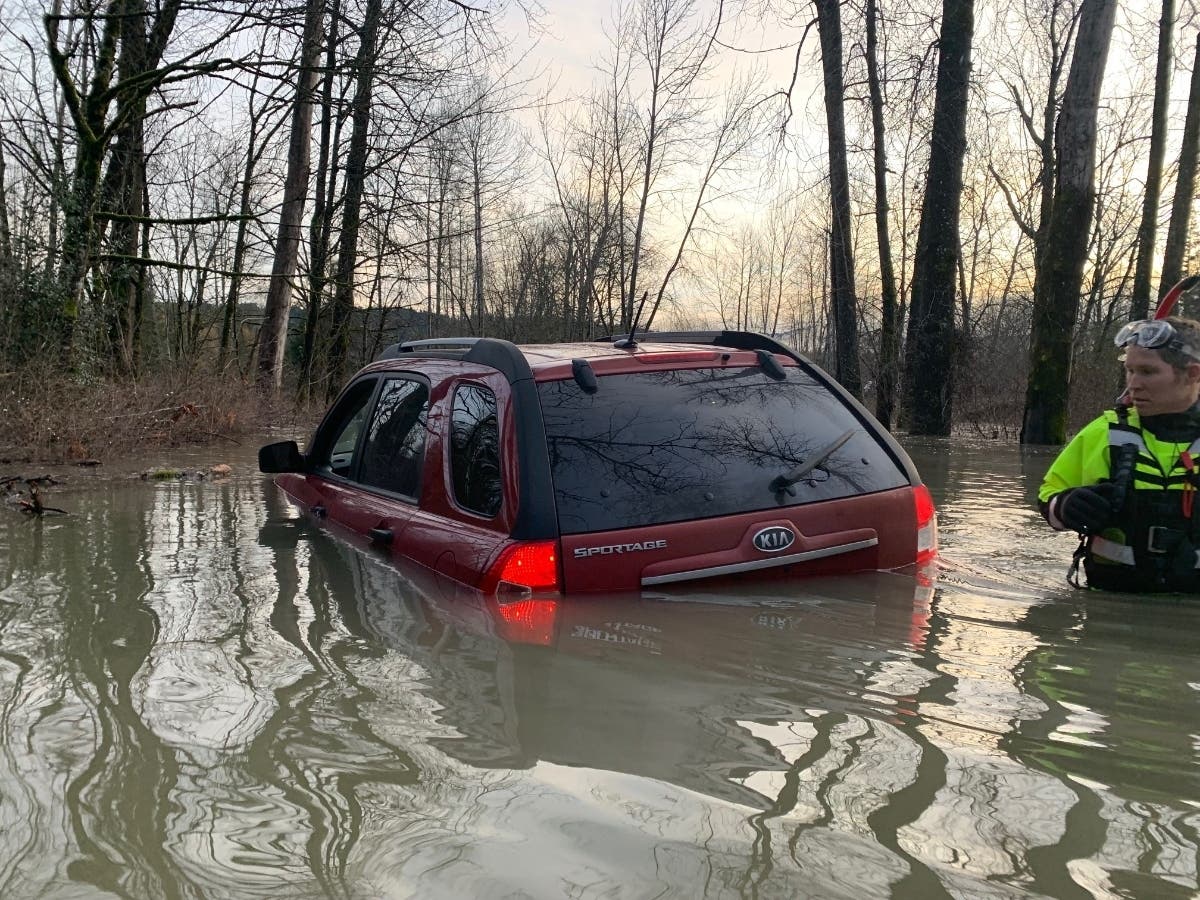 BELLEVUE, WA — A pursuit involving multiple Eastside law enforcement agencies ended Wednesday evening with two suspects arrested and a stolen SUV in a river, according to police. The Bellevue Police Department said the ordeal started after suspects in a stolen vehicle rammed a patrol car in Issaquah and fled toward Bellevue.

The King County Sheriff’s Office said its helicopter assisted officers from Newcastle and Issaquah as they followed the vehicle westbound on Interstate 90 and into Bellevue’s jurisdiction.

According to Bellevue police, a suspect carjacked a woman driving a red SUV shortly before the chase ended in a Fall City river. Officers arrested two people and said the victim in the carjacking was not injured. The suspects could appear in court for an initial hearing as early as Thursday, and more information will be available in probable cause documents.