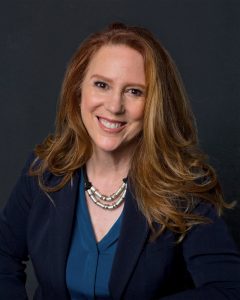 Prior to being elected to this office, Kim served as Thurston County Elections Director for nearly a decade and served three terms as the elected Thurston County Auditor (2001-2013).

In addition, she oversees numerous special programs including: the Combined Fund Drive for charitable giving by public employees; the Address Confidentiality Program, which protects survivors of domestic violence and stalking; and Legacy Washington, an oral history and exhibit program that tells the state’s most intriguing stories.

A leader of national renown, Secretary Wyman often shares Washington’s award-winning, innovative election administration and cybersecurity practices with organizations across the country. From serving on the Cybersecurity and Infrastructure Security Agency’s (CISA) Election Infrastructure Subsector Governmental Coordinating Council and as past president of the Washington State Association of County Auditors, to presenting at the Aspen Institute Security Forum, Secretary Wyman — with the support of a dedicated staff — works to ensure all elections are accessible, secure, accurate, and fair. She is an active member of the National Association of Secretaries of State (NASS).

Secretary Wyman is a co-chair of National Voter Registration Day, the Federal Voting Assistance Program (FVAP)/Council of State Governments Overseas Voting Initiative, and the Vote at Home Institute Circle of Advisors. She is a member of the We Can Vote advisory board and ex-officio member of the board of directors for the Washington State Leadership Board. She was selected as a Rodel Fellow by the Aspen Institute in 2018 and serves as board chair for the Jennifer Dunn Leadership Institute. She is a founding member of the Election Infrastructure Information Sharing and Analysis Center (EI-ISAC), the Electronic Registration Information Center (ERIC), The Voting Information Project, and the Elections Performance Index project. In addition, she serves on the boards of the Washington State Historical Society and Washington state’s public affairs network TVW, and supports numerous civic activities and nonprofits. Most recently she was a panelist for the Carter Center roundtable, “Native American Participation 2020: The Pandemic and Beyond,” and guest speaker for the Washington State Gender and Justice Commission’s annual event in 2020, “Voting, Women and Leadership.”

She has received numerous awards and distinctions, most recently the U.S. Election Assistance Commission’s (EAC) “Clearie” award for Outstanding Innovations in Elections (2020) and for Improving Accessibility in Elections (2017), as well as Professional Practice Winner awards by The Election Center for Outstanding Professional Practice for the Washington State Postal Taskforce Program (2018) and for Building Statewide Resilience for Continuity of Operations Planning (2015).

Others include the Woman of Distinction award from the Girl Scouts of Eastern Washington and Northern Idaho, the YMCA Youth and Government Robert F. Utter Award, the Woman of Distinction Award from the Pacific Peaks Girl Scout Council, and the Washington State University President’s Award for Leadership. During the 2014 legislative session, the Washington State Senate included her in a resolution honoring women trailblazers in government.

Secretary Wyman is committed to promoting civility and civic engagement, and connecting people with their government. She enjoys mentoring students and participates in leadership-development organizations such as the Civic Learning Initiative, the American Legion Auxiliary’s Girls State program, and the YMCA Youth Legislature program.

She is a tireless advocate for our military service members and their families, our returning veterans, and the Washington Youth Academy, as well as libraries, including the Washington State Library. She believes in preserving and teaching our history and traditions, and the importance of civics education and volunteering in our communities.

Secretary Wyman graduated from California State University Long Beach and earned her master’s degree in Public Administration from Troy State University. City University of Seattle awarded her an Honorary Doctorate in Leadership in 2015. She received CERA certification from The Election Center and Auburn University in 2004, and has been a Washington State Certified Election Administrator since 1995.

Kim and her husband John came to Washington when he was assigned to the 2nd Ranger Battalion at Fort Lewis after being stationed in Ansbach, Germany. They live in Thurston County and have two adult children.