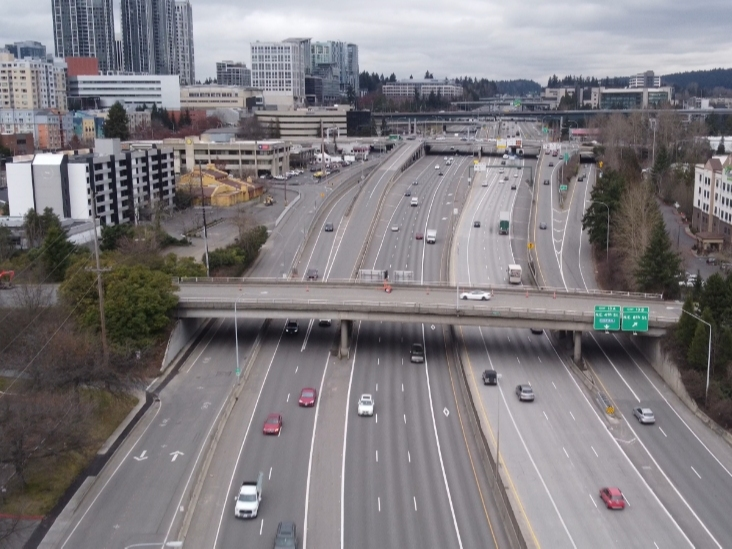 BELLEVUE, WA — Eastside drivers should prepare for some new traffic headaches next week as work gets underway to demolish and replace Bellevue’s Main Street Bridge over Interstate 405. The work is part of the Washington State Department of Transportation’s “Renton to Bellevue Widening and Express Toll Lanes Project,” which officials say is one of the largest construction projects in Puget Sound.

WSDOT said replacing the Main Street Bridge is necessary to make room for more lanes on I-405. Once complete, the freeway will gain an extra travel lane in both directions, between State Route 167 in Renton and Northeast Sixth Street in Bellevue.

First, drivers in downtown Bellevue should prepare for the long-term closure of the Main Street Bridge, which will begin Monday and could last for five months. Main Street will be closed between 112th Avenue Northeast and 116th Avenue Northeast, and signs will direct drivers, cyclists and pedestrians to detour routes.

Then, disrupting traffic more broadly, Interstate 405 will be fully closed for more than 48 hours between Northeast Fourth Street and Southeast Eighth Street. That closure is scheduled to begin at 10 p.m. next Friday and end before the Monday morning commute. WSDOT said that work will be weather-dependent.

Fortunately, WSDOT said that particular stretch of the interstate will only see the one weekend closure, but other areas between Renton and Bellevue are likely to see similar closures in the months to come.

Once the Main Street Bridge is removed and replaced, WSDOT will open one lane in each direction for vehicles for the first 60 days. After that, all lanes and sidewalks will reopen to cars, bicycles and pedestrians.

Commuters who frequent the area can sign up to receive email updates and learn more about the project on the WSDOT Blog.

More helpful information is available via: