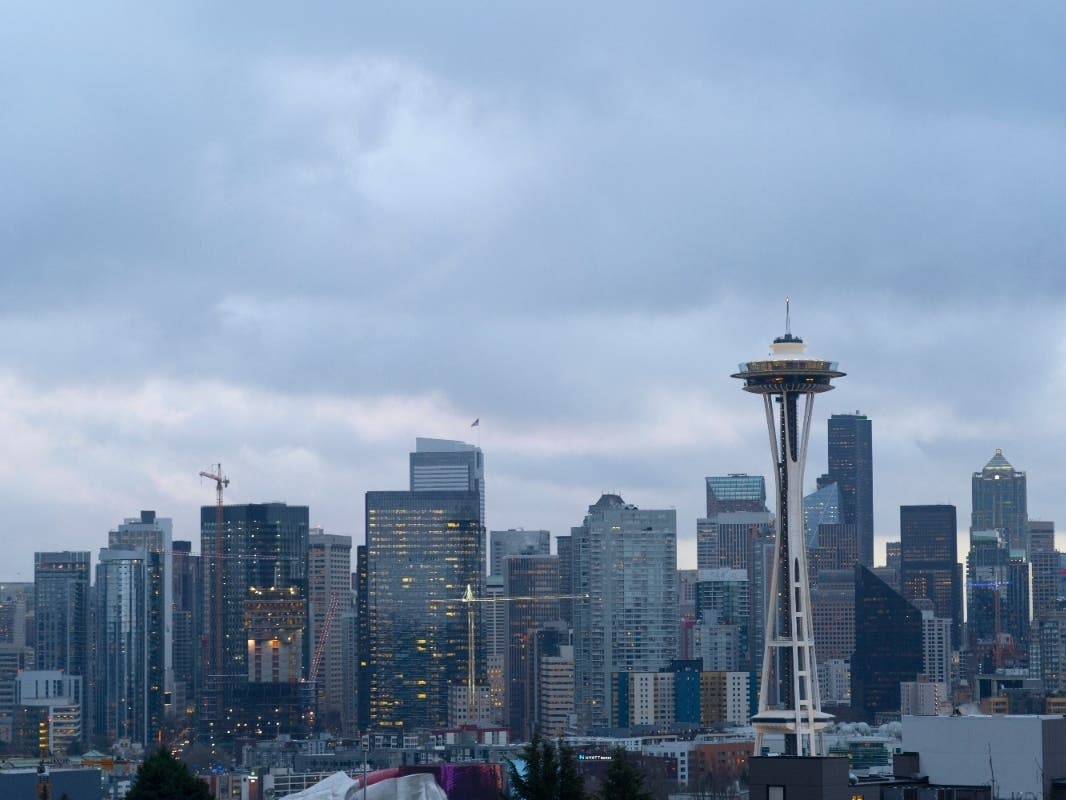 SEATTLE — After the weekend brought plenty of sunshine and temperatures hitting the mid-60s around Puget Sound, cooler days and scattered showers are in the forecast to wrap up the final week of April.

Afternoon temperatures were down by about 10 degrees Monday, with a bit of rain in places, and that trend seems likely to continue through the workweek, according to the National Weather Service. The latest forecasts show little variation for most of the week, with daytime temperatures landing in the mid-50s and overnight lows in the low 40s each day.

Tuesday may run a little cooler, and bring a slight chance of heavy rain and afternoon thunderstorms along the I-5 corridor, but forecasters expect the storm should roll through quickly.

“The Tuesday system will be associated with cooler temperatures aloft and a better chance of thunderstorm activity during the day,” NWS Seattle wrote Monday. “By daybreak, around a 15-20% chance of thunderstorm activity will exist along the Washington Coast. Chances will increase through the afternoon to 25-30% along the I-5 corridor, persisting into the early evening near the King-Snohomish County line where a Puget Sound Convergence Zone is likely to develop.”

Forecasters said residents in that area should expect a brief bout of heavy rain, hail and potential lightning.

Wednesday looks to be drier for most before another weak system moves across the region Thursday. The National Weather Service is still firming up specifics for the late-week forecast but does not see impactful systems on the horizon. Right now, a chance of showers remains in the forecast into the weekend, with slightly warmer temperatures due Friday.

The cooler trend this spring has been a boon for the mountains, including at Snoqualmie Pass, where officials reported 61.5 inches of April snow by Monday — tying for the third snowiest April on record.