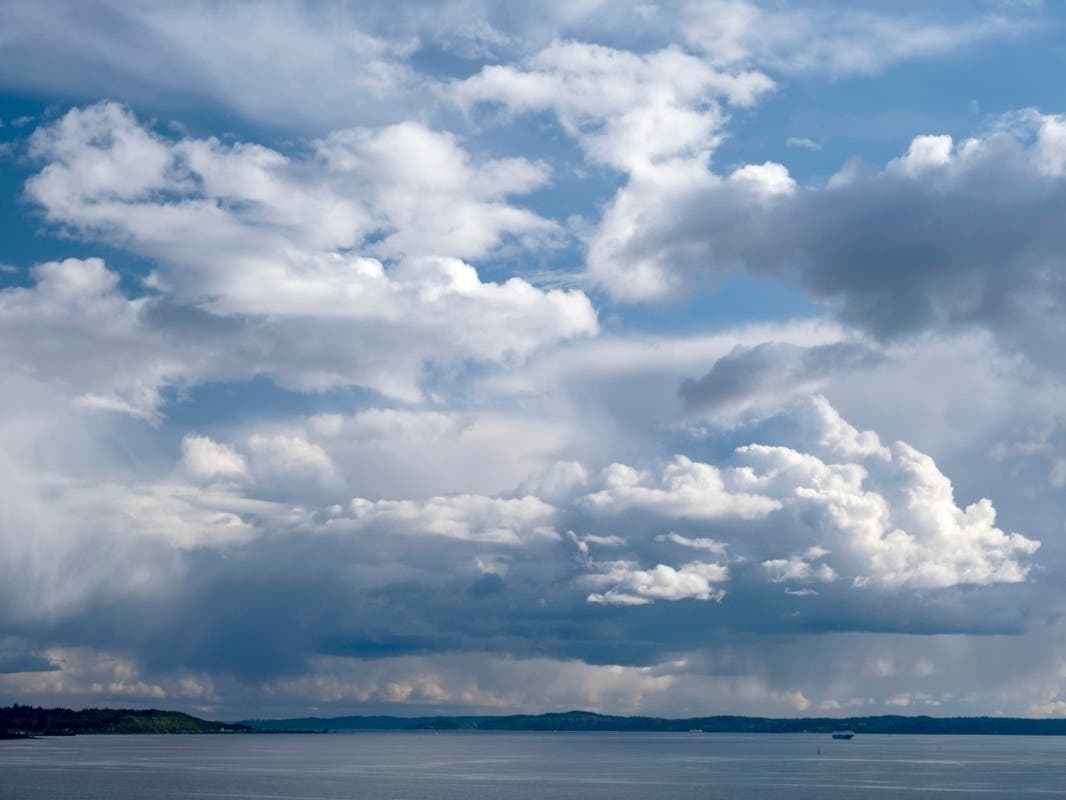 SEATTLE — Puget Sound is in for another stormy weekend as a cool and wet spring shows few signs of letting up before the summer solstice. After some lingering showers in some areas Saturday morning, the National Weather Service said the region should get a brief break before another “plume of moisture” moves through, beginning Saturday evening.

“Rain will become more showery throughout the day Sunday and will likely continue into Monday for potions of the area,” wrote Mary Butwin, a meteorologist at NWS Seattle. “In addition to rain, there is a decent chance for thunderstorms throughout the area Sunday. Any storms that form will be isolated, but could produce periods of heavy rain, small hail, gusty winds and lightning.”

With rain in the forecast through Monday, NWS Seattle sees things finally drying out Tuesday, allowing for partly sunny skies and afternoon temperatures near 70 degrees around the Seattle area. Despite it being June, that will be a rare feat for the unusually chilly spring, and the Emerald City is increasingly behind schedule in reaching 80 degrees for the first time this year — a feat that happens typically happens by May 20.