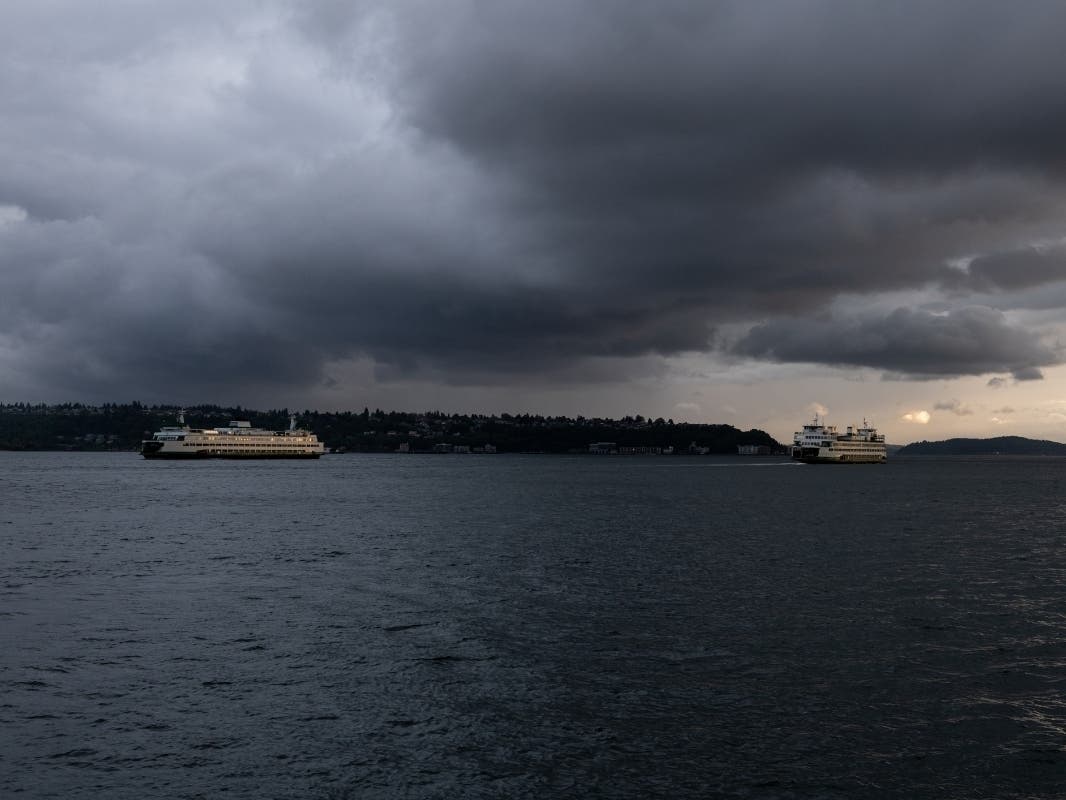 SEATTLE — November is statistically Puget Sound’s wettest month, and the forecast for the week ahead is singing a familiar tune. The National Weather Service is tracking several incoming systems that will bring gusty winds, steady rain and some light mountain snow lasting through at least early next week.

Next up is a blustery system expected to set up camp in Puget Sound Thursday, with afternoon gusts ranging between 30 and 40 mph around Seattle and Tacoma.

The rains had already returned by Wednesday night and forecasters expected up to an inch of precipitation would fall by Thursday evening. The highest winds should ease by Thursday evening, but more storms will be waiting in the wings.

“Additional fronts will move through the area on Friday and again on Saturday for more rainy and blustery weather with brief breaks in between each system,” NWS Seattle wrote Wednesday. “Snow levels will be above the passes through Thursday but then lower to around 4,00 feet on Friday and 3,000-3,5000 feet on Saturday.”

The upcoming weekend promises another “parade of fronts,” but Seattle forecasters say it appears none will be “particularly impactful” storms. Some minor flooding may be possible, particularly along the Skokomish River and other flood-prone areas. The weekend snow in the mountains would have some travel impacts for those planning trips over the passes.

Temperatures will also take a tumble, with afternoon highs forecast to barely reach 50 degrees in Seattle by Saturday, and lows falling into the low 40s to high 30s.

Here’s the five-day weather outlook for the Seattle area: