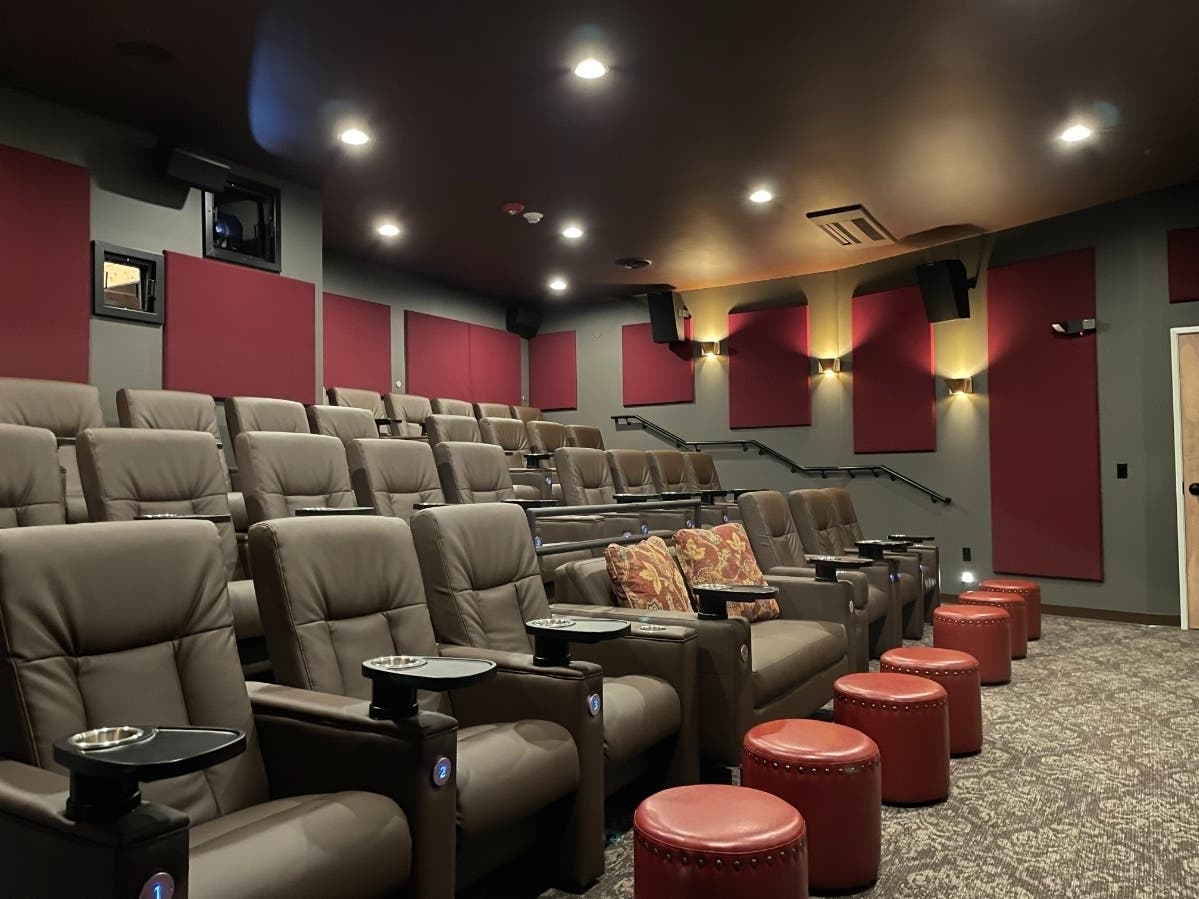 Mark and Katie Stern brought Big Picture to Seattle’s Belltown neighborhood in 1999, which became one of the nation’s first to offer a full bar experience at the movies, including drinks delivered right to your seat. After more than two decades beneath Seattle’s El Gaucho, Stern said the building’s landlord declined to renew their lease in 2020, providing the theater with just five weeks’ notice to clear out of their longtime home.

While searching for a new place to call home, and waiting out evolving pandemic restrictions, the Sterns spotted a former brewpub space for rent in Issaquah and knew they had found the place.

“We love taking over difficult spaces, and we love being in the movie theater business,” Stern told Patch. “There’s two big similarities between Belltown and Issaquah: They’re both strong communities.”

Katie reprised her role as designer for the new theater and came up with a plan to transform the space for movie screenings with a full bar and lounge.

The new screening space has 33 seats and a 15-foot-wide screen and is equipped with a state-of-the-art surround sound system that Mark is especially proud of, likening it to a well-tuned Ferrari.

“Our sound system can go into fifth gear,” Stern said. “This is a sound system that is really well-engineered and inspired by THX.”

The Issaquah theater is also adorned with some familiar relics from Big Picture’s Belltown days, including the full bar transported from Seattle, antiques and posters, and a big loveseat right in the front row. Along with their signature cocktails, Big Picture’s kitchen serves up a full menu, including wagyu burgers and Chicago-style hot dogs.

Currently showing blockbuster hit “The Batman,” starring Robert Pattison and Zoë Kravitz, Stern said showtimes sold out consistently through the weekend. Visitors can check upcoming screenings and buy tickets online on Big Picture’s website, and the theater opens 40 minutes before the first showing each day. Tickets are limited to patrons 21 and older. The theater plans to open earlier during football season, and the space is also available for parties and events, with room for 100 people.

Stern said the theater is running with nine people on staff, but they are in search of a tenth member to round out the bartending crew. Those interested in applying can contact the Sterns via e-mail.