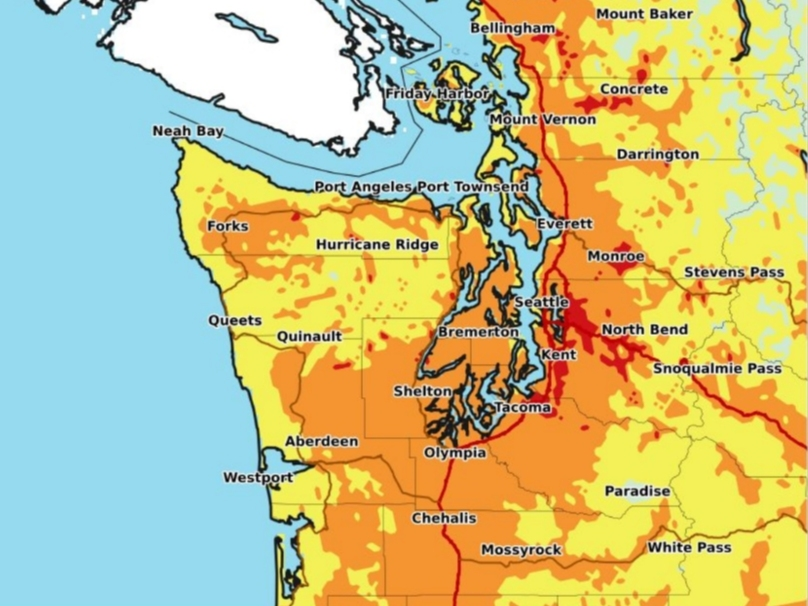 SEATTLE — Puget Sound is nearing yet another round of late summer heat, with forecasters predicting temperatures will climb toward the 90s again by mid-week. Long-range outlooks suggest hotter temperatures may linger into at least early September.

According to the National Weather Service, Monday and Tuesday will look much like Sunday, and the Seattle area can expect afternoon highs around 80 degrees amid mostly sunny skies. The next stretch of heat is due Wednesday, and likely peaking Thursday, when the Emerald City could tie or break its all-time record for 90-degree days in a single year.

The mid-week heat-up will poise a moderate risk of heat-related illness for groups who are heat-sensitive or without access to adequate cooling or hydration, and portions of central Puget Sound and the Cascade foothills may enter the high-risk category.

The National Weather Service “significant uncertainty” remained in the late-week forecast, with early odds in favor of a slight cooldown next Friday and Saturday. However, extended forecasts place a 63 percent chance that above-average temperatures will persist through the end of August.

Patch will have more details on what to expect next week in the coming days.