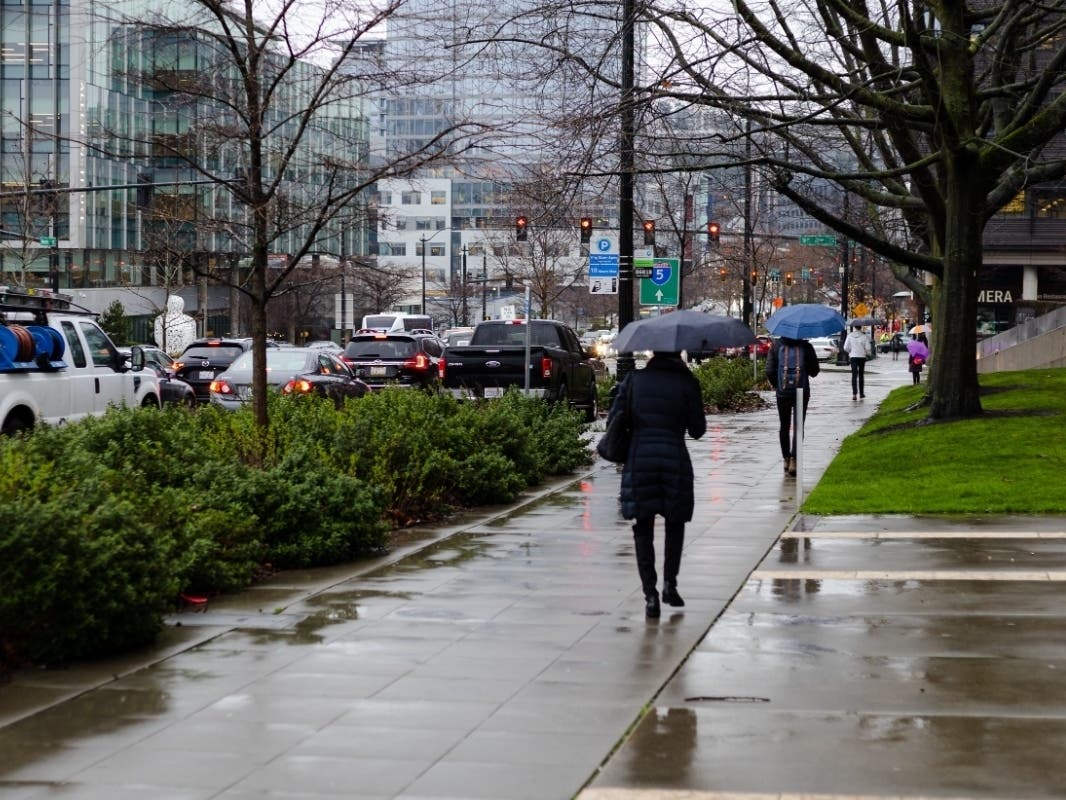 SEATTLE — Hope you like rain, because that’s what’s on tap for the rest of this week.

The week has already started with a bang: on top of the familiar fall gray skies, Puget Sound had an especially chilly Tuesday, with meteorologists recording a 36 degree low in Seattle — a record chill for this time of year, and the first new record low for Seattle in October in 18 years, the National Weather Service says.

Tuesday also saw some breaks in the cloud cover, which is about the best we can hope for as a rainy, cloudy weather front will continue to roll in over the foreseeable future. The latest radar imagery from the National Weather Service shows a shield of precipitation pushing into the eastern Olympic Peninsula, followed by an offshore front that is moving in fast.

For us here on the ground, that means we can expect moderate chances of rain over the next few days: in Seattle, for example, forecasters predict a 30 percent chance of rain Wednesday, followed by a 50 percent chance Thursday. Both days should be breezy, with winds just under 10 miles an hour.

Up in the mountains, forecasters say passes above 3000′ can expect the rain to turn into snow, with more snow piling up in the higher elevations like at Stevens Pass.

Unfortunately (if you like the sun) the situation won’t be resolved by the weekend, and forecasters say rain is likely Friday, Saturday and Sunday. Monday could provide a partially sunny break during the day, but then cloudy skies and showers are likely to return as the afternoon rolls on — and then it’s back to rain again all day Tuesday.

If there’s a silver lining: none of the lows should be as cold as they were Tuesday morning, and will mostly hover between 44 and 50 degrees. Highs should be in the mid 50s.