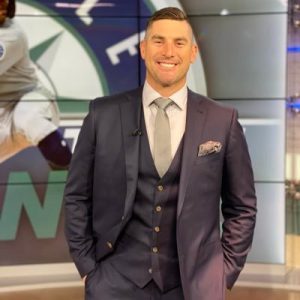 Born and raised in Newcastle, Australia, Ryan has spent the majority of his life involved in professional baseball. The Aussie burst into the Major Leagues in 2007, striking out Ken Griffey, Jr.

Ryan was part of the Mariners starting rotation from 2008-2010. In addition to his four seasons in Seattle, Ryan had stops with the Astros (2011), Cubs (2012), Red Sox (2013), and Diamondbacks (2014). He represented his native Australia in the 2004 Athens Olympic Games where he won a silver medal. Ryan was also a part of the team in two World Baseball Classics, including the most recent 2017 WBC in Tokyo, Japan.

As a player and analyst, Ryan has always been involved in the community – hosting the Mariners Care Cystic Fibrosis Foundation Golf Tournament and was nominated for the Roberto Clemente Award in 2010. Besides his work on the ROOT Sports Pre- and Post-Game Shows, Ryan also appears on the Mariners Post-Game Show on 710ESPN and makes frequent appearances on the MLB Network.