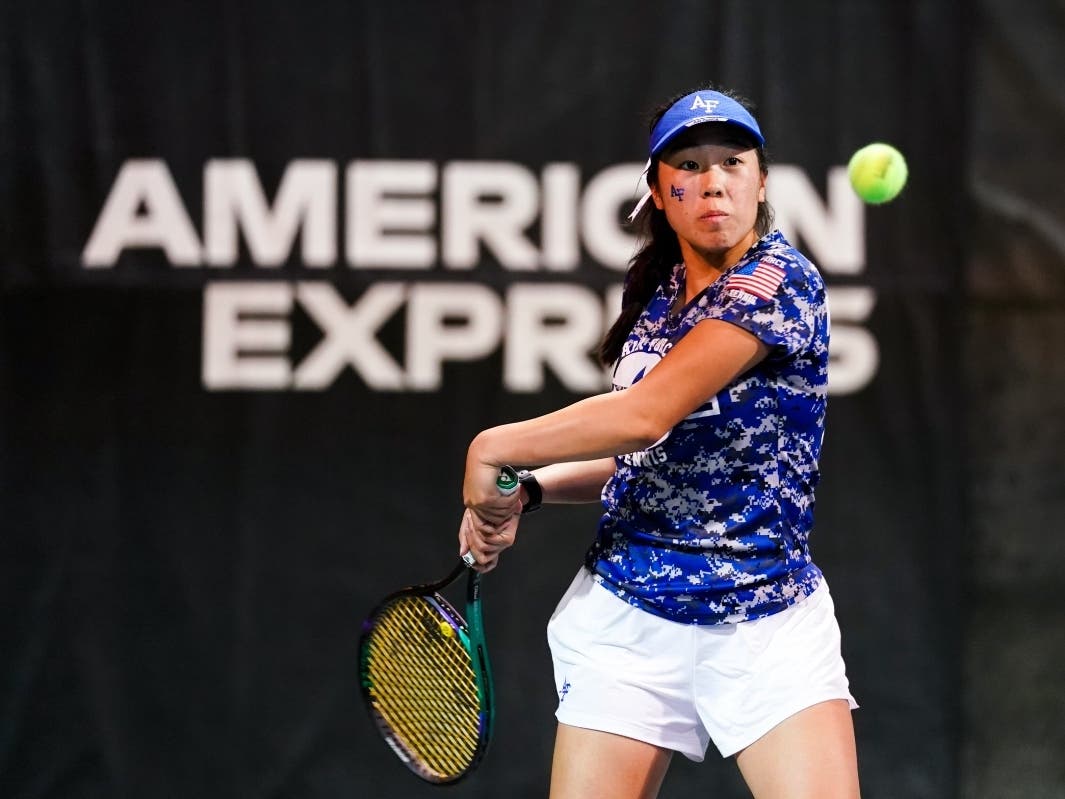 COLORADO SPRINGS, CO —The Air Force Falcons women’s tennis team entered the weekend with a 14-4 overall record, 3-1 in the Mountain West, and a couple of players from the Pacific Northwest have been a key to the team’s success.

Freshman Karina Chao, a Sammamish native and Issaquah High grad, on Monday was named the Mountain West Freshman of the Week for the week of March 28 to April 3. It was Chao’s third straight conference Freshman of the Week honor in the weeks that Air Force competed. The team had an off-week from March 21-27.

To earn the most recent award, Chao went 4-0 for the week, winning her No. 4 singles matches against Colorado State (April 2) and Wyoming (April 3) —both in two sets.

Chao also teamed with Bellevue native and Newport High grad Vivian Glozman, a senior, to go 2-0 at No. 1 doubles against Colorado State and Wyoming.

Glozman, playing in the No. 1 position, also went 2-0 in singles during the weekend, winning both of her matches in straight sets.

The Falcons lost to Colorado State 4-2 and beat Wyoming 4-2. Both matches were played in Laramie, Wyoming.

Air Force travels to Logan Utah this weekend, where the Falcons will face Utah State (Saturday) and Boise State (Sunday).

Entering the weekend, Chao has a singles record of 13-2. Glozman, meanwhile, has a perfect 14-0 singles mark, with 13 of the matches coming at No. 1 singles.

“In singles, Glozman has yet to lose a singles match all spring at No. 1,” Air Force head coach Kim Gidley said. “She battles so hard and even when she is not playing well, she finds a way to win and step up her game to a new level.”

Chao and Glozman have played No. 1 singles together all season, and they currently have a 15-1 mark, their only loss coming to the team from Denver during a March 26 dual meet.

Though she’s a senior, Glozman is in her first year attending the Academy. She began her career at the University of California in 2017-18 before spending the next three seasons at Virginia.

During her final season in Charlottesville, Glozman and doubles partner Amber O’Dell were ranked as high as No. 41 nationally, and they finished the season ranked No. 3 in the Atlantic Region.