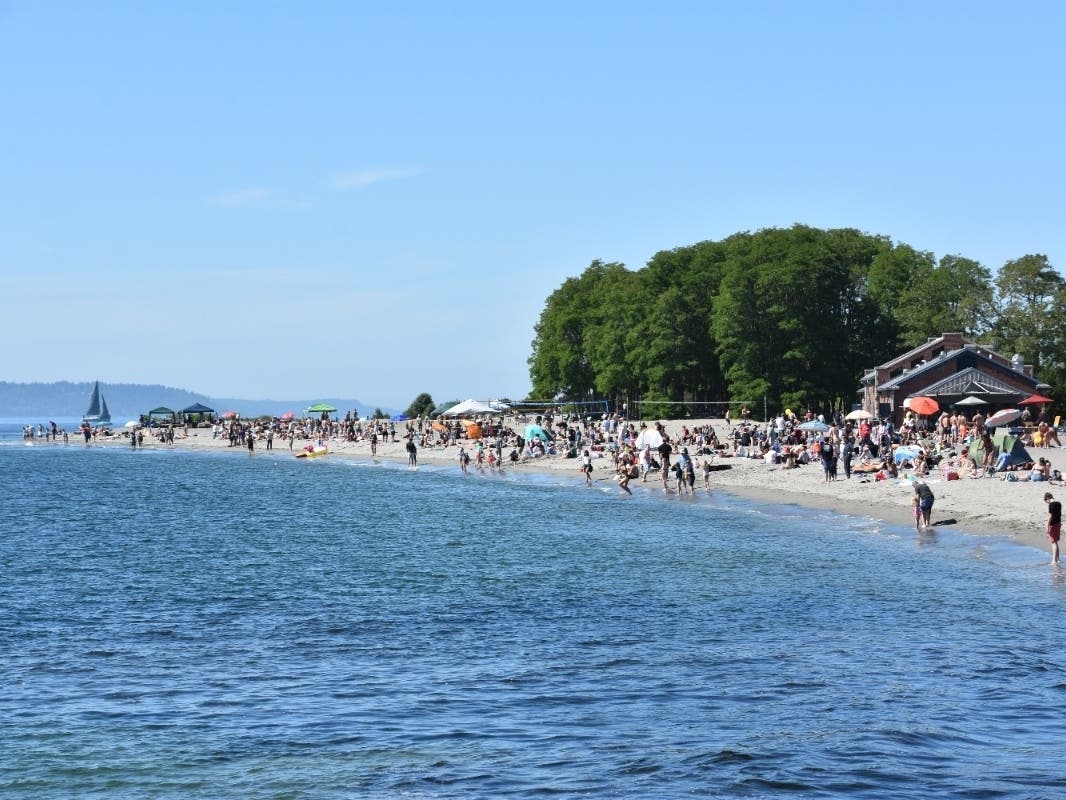 SEATTLE — Early forecasts for a hot week ahead are holding up for Western Washington, where the latest outlook calls for dry, sunny and hot days lingering into at least next weekend. Forecasters expect temperatures will tick up slightly through Tuesday, landing in the low 80s for Seattle, before climbing closer to 90 degrees around midweek.

“We`ll go from the upper 70s to low 80s for both Monday and Tuesday to low 80s to possibly near 90 on Wednesday for much of the interior,” NWS Seattle wrote Sunday. “Upper level ridging looks to remain on Thursday as high temperatures begin to peak. We’ll see another day of temps in the 80s to low 90s.”

New temperature probabilities for mid-week show places like Olympia, Issaquah and North Bend with a good shot at breaking into the 90s by Wednesday, with even higher odds for Thursday. The chances are lower for the Seattle metro, though not out of the question, and the Emerald City may still set a few more heat records this week.

Heat risks should be minor Monday and Tuesday, but are likely to reach moderate levels Wednesday and Thursday, with a chance for some areas of the Cascade foothills to see a high risk of heat-related illnesses.

The extended forecast shows things cooling off a little Friday and heading into the weekend, lowering the heat risks for most areas, but next weekend looks to stay plenty warm around Seattle, sticking in the low 80s.