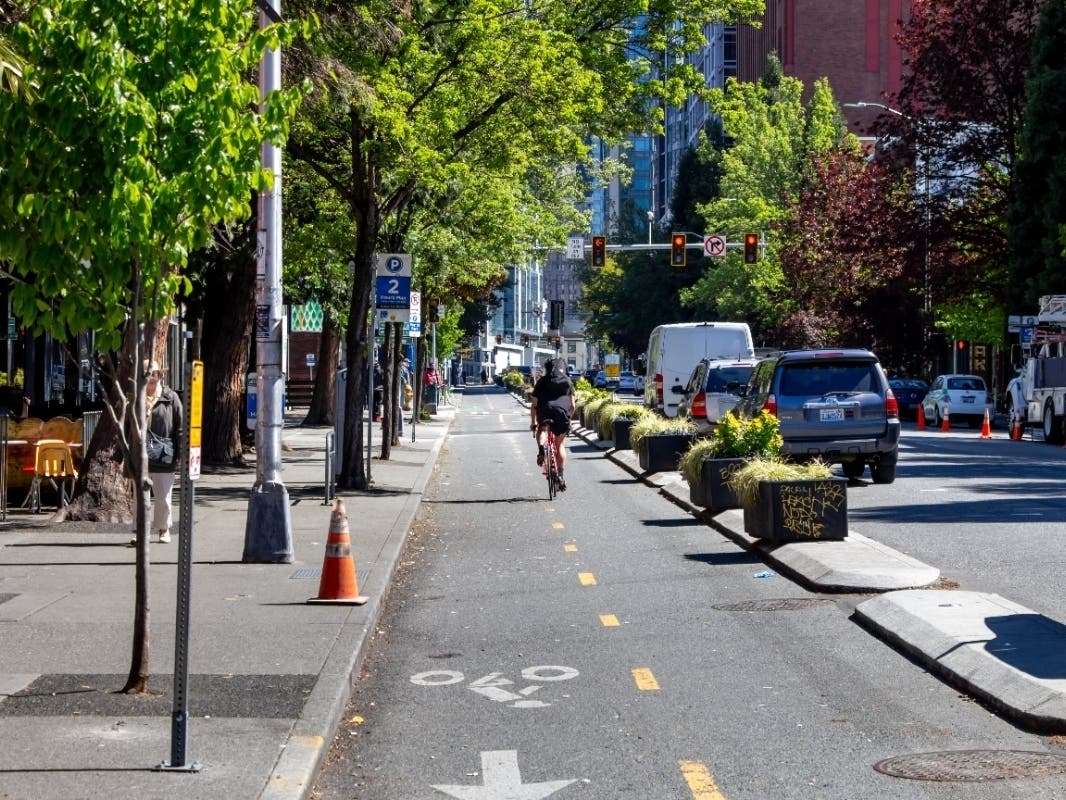 OLYMPIA, WA — More than a dozen projects designed to improve safety for pedestrians and cyclists received funding from the state this summer, which will help complete new shared paths, crossing areas and bicycle routes in several cities and counties.

The more than $20 million in recent grants brings the three-year total to $67.5 million provided for dozens of projects in 50 communities, including new “Safe Routes to School” and other safety projects. WSDOT said it evaluates grant applications each year balancing several factors, including need, equity and effectiveness, while giving priority to communities that have not received earlier grants.

Hundreds of applications were submitted in June for the next budget cycle, which the state will cull through and submit to the legislature at the end of the year. Funding included in the Move Ahead Washington package set aside $290 million for the Safe Routes to School program and $278 million for pedestrian and cyclist programs over the next 16 years.

Here is where the latest grants are headed: