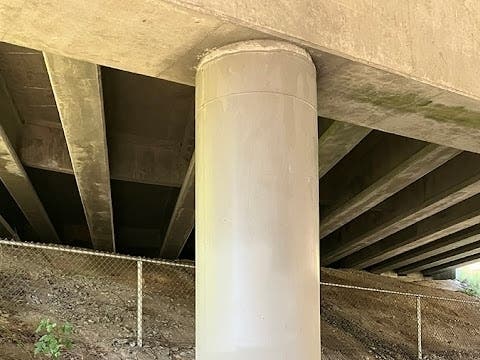 SEATTLE — State transportation crews will soon begin a series of seismic upgrades along two major freeways, aiming to improve the durability of bridges and overpasses before “The Big One,” a Cascadia Subduction Zone earthquake, hits.

The Washington State Department of Transportation worked with the Department of Emergency Management to establish “lifeline routes,” deemed critical to preserve paths for emergency vehicles and supplies in the aftermath of a damaging earthquake. The routes include stretches of Interstate 5, from Joint Base Lewis-McChord to Tukwila and North Seattle to Everett, State Route 99 through Seattle, Interstate 405 from the airport to Lynnwood, the State Route 520 bridge, and Interstate 90 between Bellevue and Moses Lake.

WSDOT said around 900 overpasses are on the list for seismic retrofits, and earlier work is already complete on 325 bridges. This summer, contractors will focus on the Northgate Way and Maple Road bridges on Interstate 5 in Seattle and Lynnwood, along with several overpasses along Interstate 405, including those over:

The work entails strengthening the most vulnerable parts of bridge structures to improve their odds of withstanding significant tremors, which includes wrapping columns with thick steel jackets to keep them upright even if the concrete cracks. Crews will also install steel and concrete “bolsters,” designed to keep girders from shifting.

While the retrofits do not guarantee bridges and overpasses will be safe after a major earthquake, WSDOT said the main goal is to keep them from collapsing.

“A bridge may not be able to support traffic after a strong earthquake, even after being retrofitted,” wrote Tom Pearce, a WSDOT spokesperson. “The idea is to keep it from collapsing and damaging even more infrastructure. In the years ahead we will continue to strengthen our highway system to better stand up to a major earthquake.”

Completing the full scope of seismic upgrades will cost an estimated $1.5 billion and could take decades, WSDOT said. The Interstate 5 retrofits are scheduled for completion by next spring, while overpass work on Interstate 405 should conclude by winter 2024.