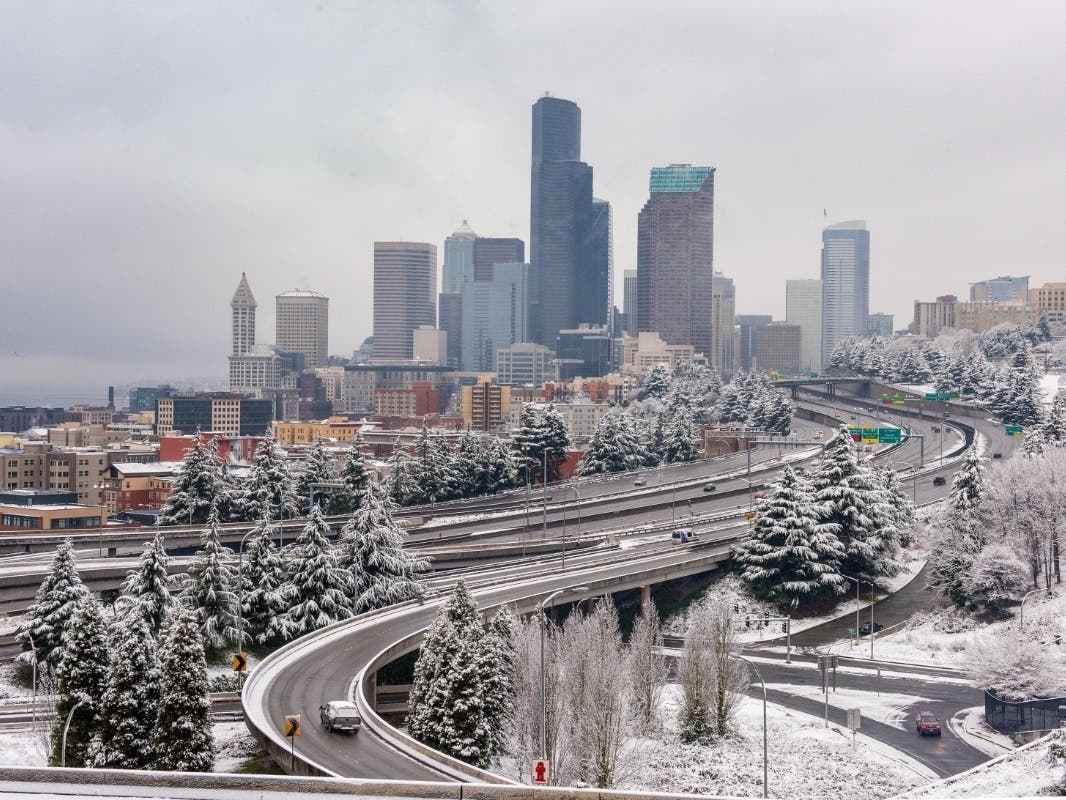 SEATTLE — Winter will be “wet and mild” in the western U.S. and “shivery and snowy” elsewhere, according to The Old Farmer’s Almanac 2022-23 winter forecast released Thursday. The publication called its forecast “a tale of two winters.”

“Depending on where you live, this will be the best of winters or memorable for all the wrong reasons,” Janice Stillman, the publication’s editor, said in a news release. “One half of the country will deal with bone-chilling cold and loads of snow, while the other half may feel like winter never really arrives.”

In the Pacific Northwest, the almanac sees milder than normal winter temperatures and slightly below-normal precipitation. The forecast predicts the coldest days will arrive around mid-November, then early and late December, with the snowiest timeframe around mid-November, before winter even begins.

The forecast comes on the heels of the competing Farmers’ Almanac winter forecast, as well as AccuWeather’s autumn forecast, which calls for summer-like temperatures lingering in many parts of the country, while Washington could be among the first places to shift to fall.

The Old Farmer’s Almanac’s winter forecast is somewhat at odds with other seasonal predictions: The Farmers’ Almanac forecasts a brisk winter in Washington and Oregon, with winter precipitation landing in the normal range.

Another complicating factor is La Niña, which climate experts predict will linger for a third consecutive winter. While no two La Niña’s are the same, the weather phenomenon tends to play a noticeable role in how winter plays out in North America, typically bringing cooler, wetter conditions to the Pacific Northwest. La Niña was in play during both of Washington’s recent strong winter showings.

The Climate Prediction Center’s newest seasonal outlooks are tilted in favor of a colder than average December through February period on both sides of the Cascades and show equal chances for the conditions running wetter or drier.

When it comes to drought conditions, the Old Farmer’s Almanac calls for some relief in the western half of the country, with lots of rain and temperatures several degrees above normal.

But farther east, get out the parkas and prepare for potentially record-breaking cold temperatures that will extend to the Deep South and Texas, where temperatures could be as much as 8 degrees Fahrenheit below normal.

The forecast also calls for above-average snow totals in areas that typically get snow.

The Old Farmer’s Almanac claims 80 percent accuracy for its winter forecasts, which the publication has been making for 231 years.