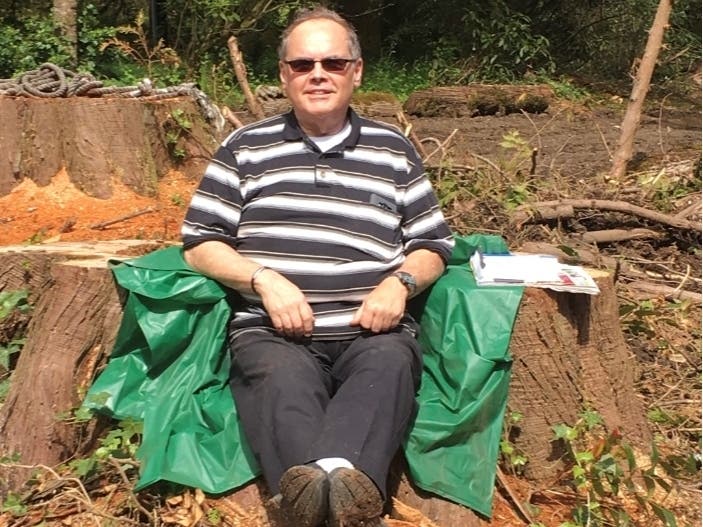 RENTON, WA — A King County judge on Friday handed down a maximum sentence to Jeremy Shaw, 43, of Tacoma, who was convicted in April of first-degree murder and second-degree arson stemming from a 2018 killing in unincorporated Renton.

Steven Morphis, 67, a long-time Boeing worker and recent retiree, died in September 2018 after he was beaten and stabbed at his rural home on the 16700 block of 196th Avenue Southeast, according to court filings.

King County detectives said a contractor discovered his body in a shed and called 911 after visiting the home to retrieve some equipment and noticing Morphis’s car was gone, which was unusual. The contractor also found a recently-dug hole in the yard, which appeared to be the shape of a grave.

Detectives said there were no signs of forced entry to the home, and it did not appear many items were taken, except for Morphis’s cell phone and wallet. The next day, law enforcement located Morphis’s Nissan Sentra burned and destroyed in University Place, more than 30 miles from where it was taken.

Investigators soon learned his debit card was used several times after his body was found, including a large rejected transaction to “Aryan Enterprises,” a company whose sole owner was listed as Jeremy Shaw, with an address matching Shaw’s Tacoma home. Prosecutors said Shaw had a lengthy criminal record, including numerous previous felony convictions.

After securing a warrant for cell phone records, investigators determined the device had traveled to Morphis’s home several times.

Detectives said Shaw’s wife, Lorena, agreed to speak to them after she was detained and said her husband had previously discussed a plot to acquire a home through “adverse possession,” and decided Morphis’s home was the “most attractive option” after several scouting trips.

Investigators said Shaw admitted to his wife that he had knocked on the home’s door and attacked Morphis, then both of them returned to the property to rummage through the house and left with his car. According to investigators, Shaw was wearing a Boeing jacket belonging to Morphis when he was arrested.

Following a six-week trial, a jury convicted Shaw on murder and arson charges in late April after deliberating for a little more than two hours. The King County Prosecuting Attorney’s Office said the sentencing range for the case ranged from roughly 34 to 45 years, and prosecutors asked for the highest possible sentence. The judge agreed and ordered him to pay $4,732 in restitution to the Morphis family.

Correction: An earlier version of this story incorrectly stated Shaw’s sentence was 43 years, rather than 45 years.