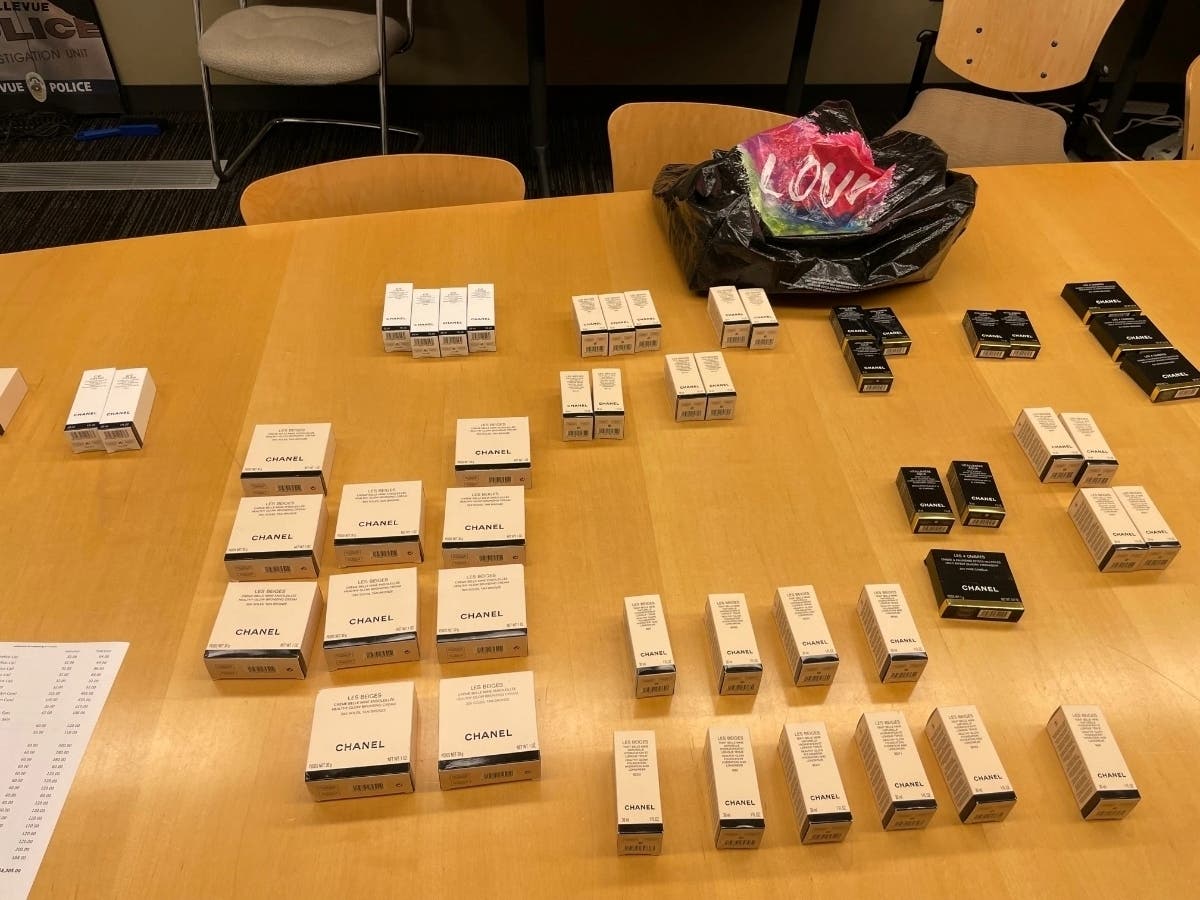 BELLEVUE, WA — King County prosecutors filed charges against five people Thursday who Bellevue detectives said are members of three organized retail theft rings in the region. In the first case, police said three of the suspects worked together to steal handbags worth more than $93,000 from a Bellevue Louis Vuitton store. The fourth suspect charged in the case is accused of selling the stolen items.

“These suspects were aggressive and coordinated in their efforts and often physically confronted employees or security who stood in their way,” said Shelby Shearer, a Bellevue police captain. “These crew also caused significant damage to the stores during the thefts, causing some businesses to close for the day to clean up the mess.”

In a news release, police said the suspects hit the same store twice in June. Detectives tracked down some of the stolen bags online and set up a meeting to buy them, where investigators made their first arrest. Police identified the suspects as Billy Chambers, Memory Yearby, Earnetra Turner and Trey Kendall. Investigators said all of the accused had extensive criminal histories.

In the second case, police said a 24-year-old woman stole $13,000 in merchandise from a Nordstrom and Nordstrom Rack last October and November. Police said the suspect, identified Thursday as Janay Luckey, entered the stores, cut off security tags and left with the items, then sold them online. Prosecutors also filed charges alleging Lackey stole more than $84,000 in merchandise during thefts in Seattle.

The final case focused on two suspects, who detectives said stole dozens of bottles of expensive perfumes from an Ulta store in Factoria, valued at more than $7,000. According to police, one of the suspects in the case was arrested in Kent, and charges are pending against the second, who was also a suspect in the Louis Vuitton thefts.

“We joined the state’s Organized Retail Task Force committed to cracking down on this crime,” Shearer said. “These cases involved regional collaboration and partnerships with other law enforcement agencies and the affected businesses. Arresting these suspects reduces crime not only in Bellevue but regionally.”