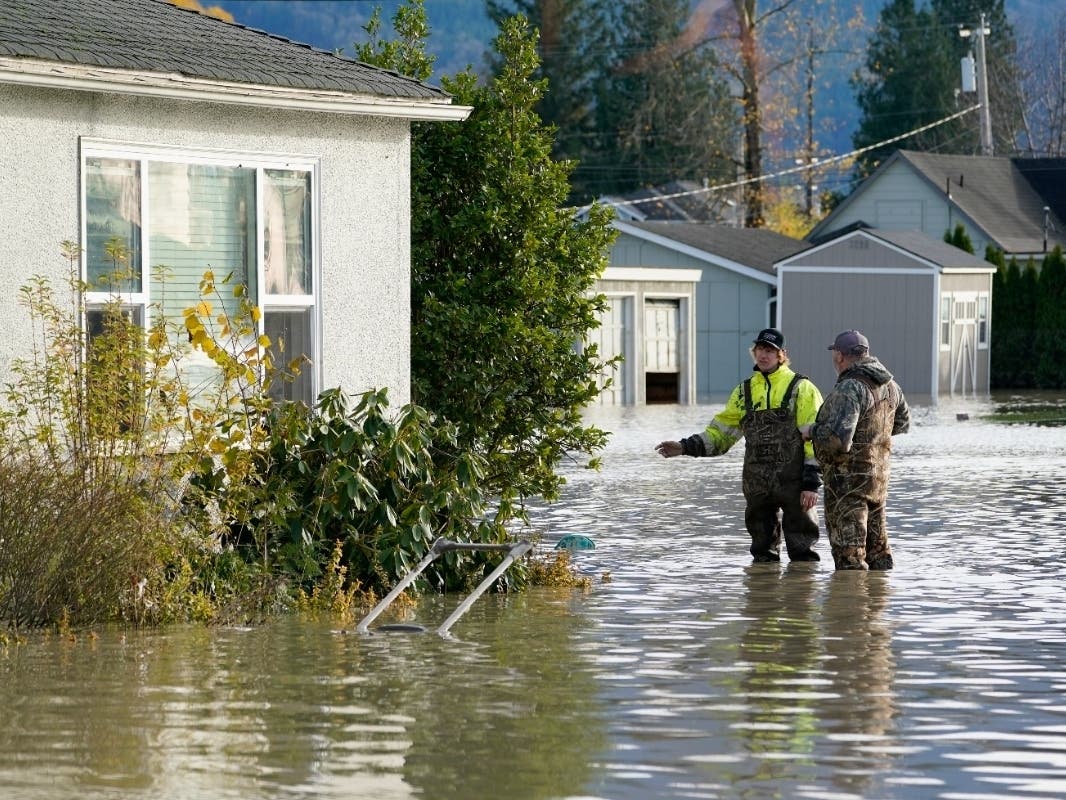 WASHINGTON — Even as the last flood warnings end and rivers continue to recede, there is a long road to recovery ahead for communities in Northwest Washington. Whatcom County was hit particularly hard by the recent atmospheric river, where Gov. Jay Inslee estimated 500 homes suffered damage.

The governor met with the mayors of Everson and Sumas Wednesday and plans to seek federal disaster assistance to aid several Washington cities near the Canadian border.

In the meantime, several online fundraisers have sprung up to help families struggling in the wake of the storm, including those who lost a loved one or saw their homes completely destroyed by floodwaters.

GoFundMe shared a list of a half-dozen such fundraisers Thursday, and the community outpouring of help was already apparent after just a few hours.

Here are six ways to help out, from GoFundMe:

Help Re-home my parents: Chrisi De Grasse launched a fundraiser for her mom and stepdad after their motorhome was completely destroyed, and the community has contributed over $14,000 in just one day.

Help our community rebuild: Ryan Vandelft launched a GoFundMe to help friends, employees, and loved ones, and he’s agreed to match every dollar. Nearly $6,000 has been contributed.

The Slyter’s Flood Relief: Colin, Leah, and their one-year-old Raylan have evacuated their home again – in February 2020, they had to flee their home and wade out through water with their dog when Raylan was a newborn. Colin is a deputy with the Whatcom County Sheriff’s office and serves in the Air National Guard.

Editor’s Note: Patch is a GoFundMe promotional partner. The Associated Press contributed to this report.