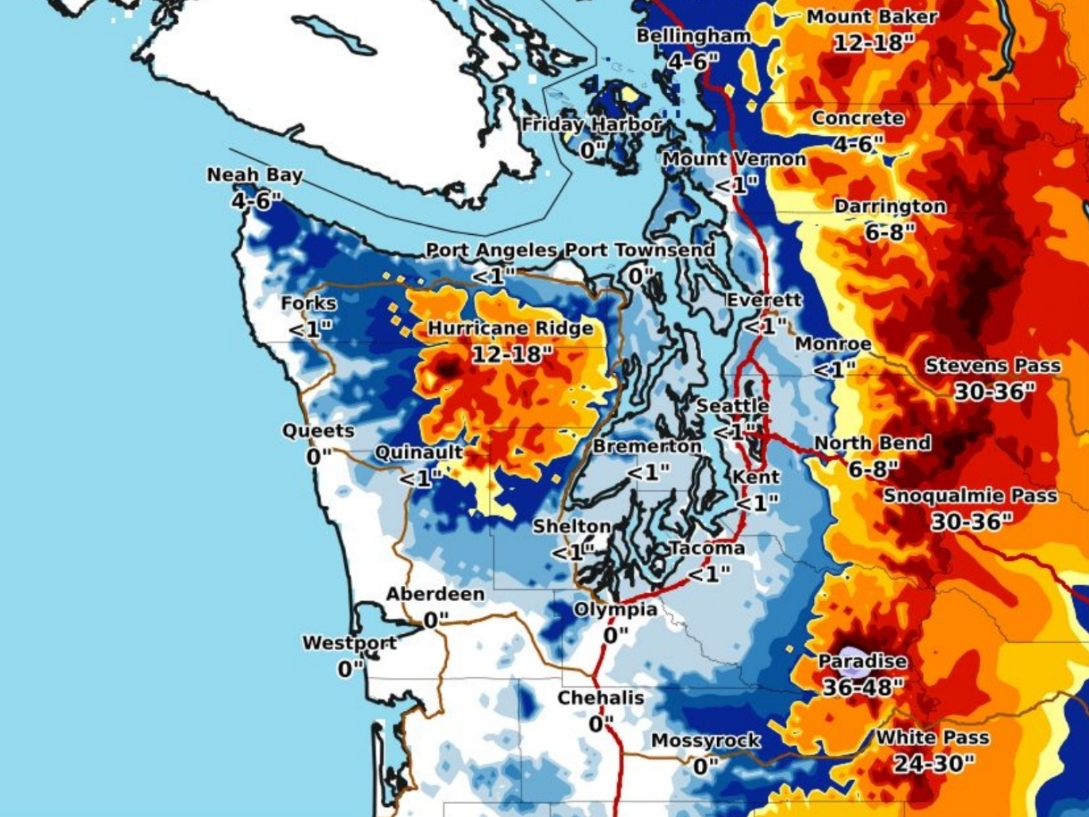 SEATTLE — While many Puget Sound cities are still contending with icy roads, forecasters are tracking the potential for another brief round of lowland snow setting up Wednesday night into early Thursday before an abrupt shift to rain brings new flooding concerns.

The National Weather Service expects accumulations will be under an inch for most in the lowlands, with more significant snowfall likely across Whatcom County and along the Cascade foothills of King, Pierce and Snohomish counties.

“We’ll see a brief break in the action on Wednesday, then another threat of accumulating lowland snow Wednesday night into early Thursday,” NWS Seattle wrote Tuesday. “At this point, it looks like areas from Olympia south will see little to no accumulation. Seattle/Tacoma/Everett may see an initial rain/snow mix but accumulations are generally under an inch. These areas will all see a change over to rain early Thursday morning as warmer air moves inland.”

In the mountains, both Snoqualmie and Stevens Pass are poised to get up to three feet of additional snow over the same timeframe, which will further complicate travel over the Cascades. According to the Washington State Department of Transportation, Snoqualmie Pass has already logged its highest snowfall totals in at least two decades — all before the first week of January is even complete.

Temperatures will improve with the incoming warm front, with afternoon highs rising to the mid-to-high 40s Thursday and Friday. A flood watch will be in effect across the region from late Wednesday night until Saturday afternoon, due to a prolonged bout of rain and increased snowmelt.

For those who have had enough of the moisture, there should be some well-deserved relief in the not-so-distant future.

“Dry weather will prevail over the weekend and into early next week with high pressure over the area,” NWS Seattle wrote. “The next incoming [front] splits as it moves inland Monday night. Other weak systems approach the area through midweek with little impacts.”