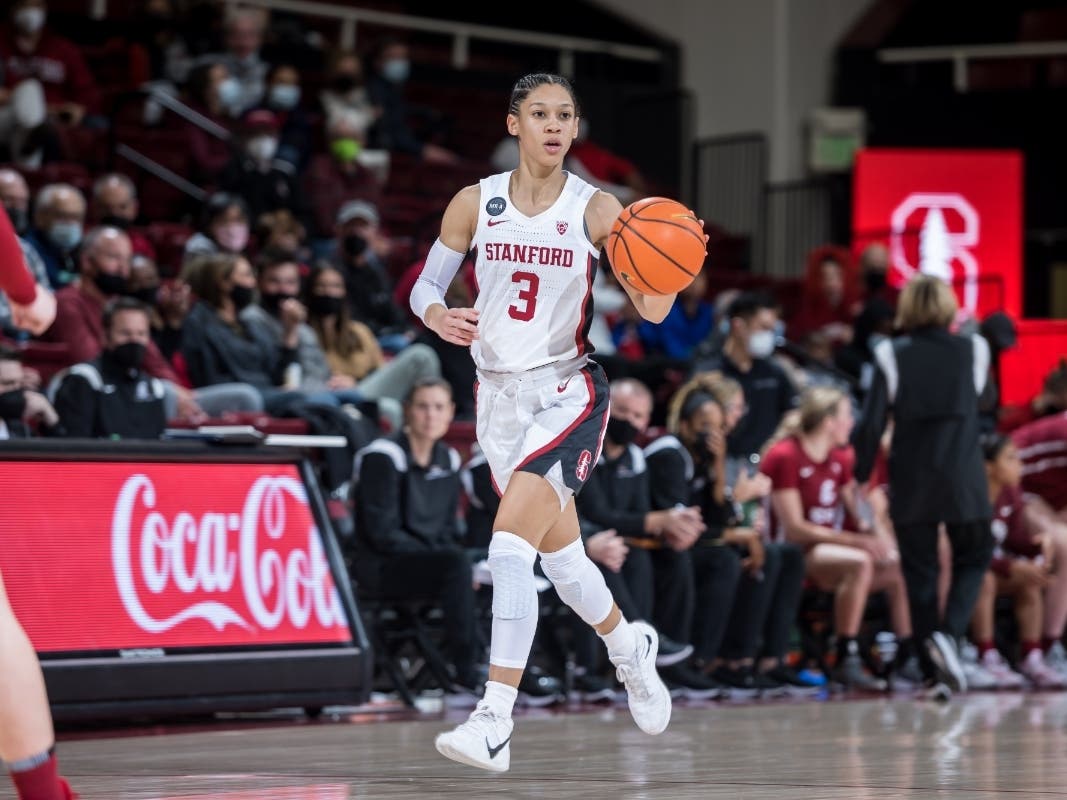 Wilson will be hoping to win her second straight national title at next month’s Final Four in Minneapolis.

Wilson and the No. 1-seeded Cardinal (28-3) will begin the defense of their 2021 crown at 7 p.m. Friday in Palo Alto against No. 16 seed Montana State. The contest is part of the Spokane region.

Wilson, the younger sister for former Seattle Seahawks and current Denver Broncos quarterback Russell Wilson, has been a fine defender her entire career, earning Pac-12 Co-Defensive Player of the Year honors in 2021.

But this season, and especially in recent games, Wilson’s offense also has been a key factor in the Cardinal’s success.

At the Pac-12 Tournament on March 3-6, Wilson scored 11 points in an opening-round 57-44 win over Oregon State and followed that up a night later with a season-high 12 points in a 71-45 semifinal win over Colorado.

“I don’t think it’s an insult to be known as a defensive stopper,” Wilson recently told the San Francisco Chronicle. “I think it’s quite a compliment, and our team’s identity is on defense. If I can bring offense as well, that’s great too. (Head coach) Tara (VanDerveer) has trusted me to take shots. Just leaning into that more.”

VanDerveer certainly should know Wilson’s game well at this point. The 5-foot-9 guard has played in 155 games in her career, the most in program history.

Wilson, who spent her senior year at Bellevue High after moving from Virginia, was a McDonald’s All-American as a high school senior in 2016.

However, Wilson suffered a serious concussion in the McDonald’s All-American Game and battled symptoms for much of her freshman season, according to the San Francisco Chronicle. Then, she injured her foot and missed seven games as a sophomore.

The concussion allowed Wilson to petition the NCAA for a fifth year, which she took in 2020-21.

Wilson then took advantage of an additional year of eligibility granted to players for last season because it took place during the pandemic.

So, Wilson became a regular in Stanford’s annual Senior Day celebration, being honored in each of the last three seasons.

On Feb. 26, the day of Stanford’s regular-season finale against Washington, Wilson walked out at Stanford’s Maples Pavilion for one final Senior Day. She was flanked by older brothers Russell and Harrison and her mother Tammy. The Wilson’s father Harrison passed away after a long battle with diabetes when Anna was 12.

During the ceremony, the public address announcer spoke about Wilson’s accomplishments.

“A guard from Seattle, Washington. In six seasons with the Cardinal, Anna has overcome countless amounts of adversity to solidify herself as one of the top defenders in the nation and in program history,” the PA announcer said. “She was named the Pac-12 Co-Defender of the Year last season, and has enjoyed the best on-court performances of her career as Super Senior, scoring over half of her career points over the last two seasons alone.”

The PA announcer went on to describe Wilson as “a key factor in Stanford’s conference and national championships over the last two years.”

In March 2021, Russell Wilson spoke to Pac-12.com about all that his sister has overcome.

“When the word perseverance comes to mind, Anna is the first person I think of,” Russell Wilson said.