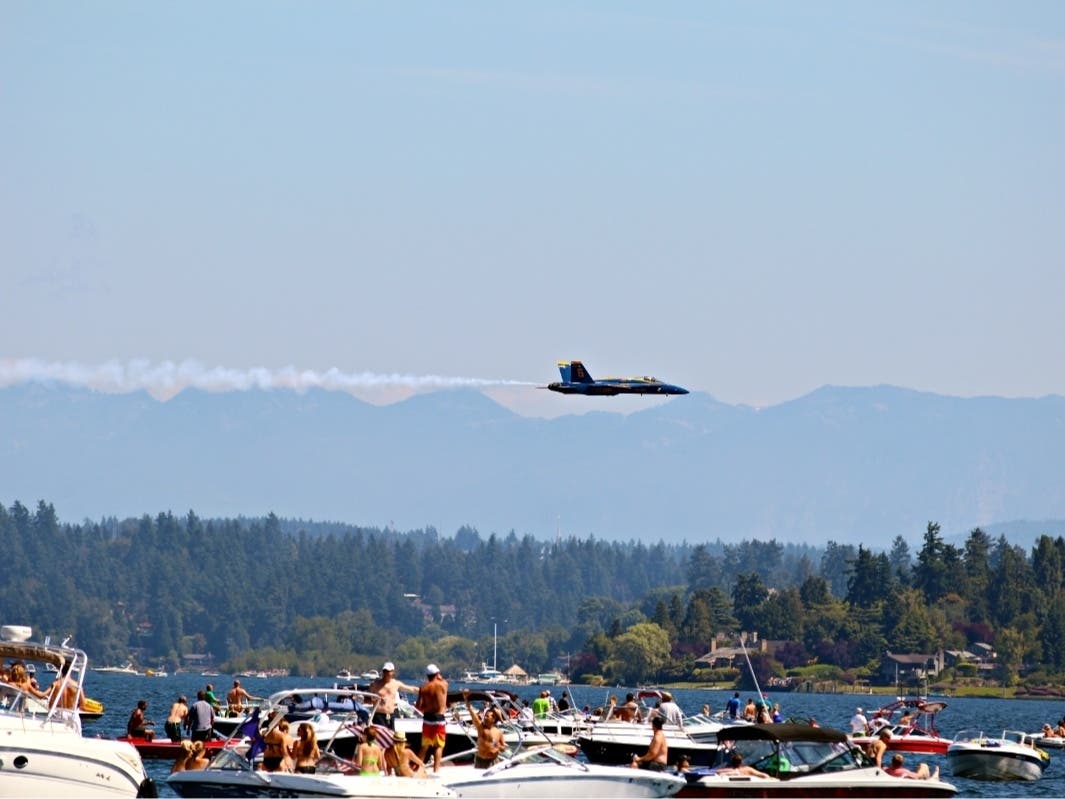 SEATTLE — Seafair is back in Seattle for the first time since 2019, and state troopers, police officers and deputies are adding extra boat patrols on Lake Washington over the next four days. In a news release Wednesday, Washington State Patrol said marine units from multiple agencies would be on the lookout for any boats operating in an unsafe manner through Seafair weekend, and strictly enforcing laws against boating under the influence.

Fleet Week is underway, and the Blue Angels take to the skies for their first official air show Friday, kicking off the Seafair Weekend Festival, which typically draws tens of thousands of revelers between through Sunday. Every year the event draws boaters to Lake Union and Lake Washington for prime viewing of the sea and air festivities, including a full slate of aerial displays and the hydroplane races.

According to WSP, the multi-day enforcement effort will include the agency’s “mobile impaired driving unit,” where anyone arrested on suspicion of operating a boat under the influence will be arrested and processed.

Troopers will also be out on the roads, including along the Interstate 90 floating bridge. Changes made to the air show in 2019 made it so that I-90 can stay open during aerial performances. WSP said that means drivers will need to take extra care to avoid distractions as they head over the bridge and avoid slowing or stopping anywhere the bridge to watch the show.

State transportation officials said drivers should also plan ahead for added congestion in all directions of Interstate 5, Interstate 90 and State Route 99 due to Seafair, on top of planned “Revive I-5” work and an overnight closure of the SR 99 tunnel overnight Friday.