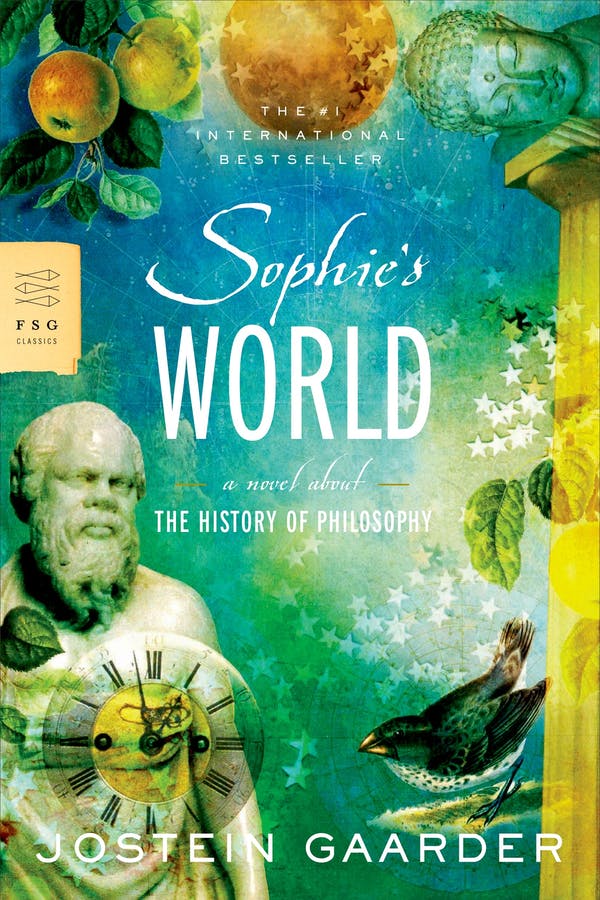 The next Book Group gathering will be by Zoom on Wednesday, January 19, from 7:00 to 8:30 PM. The book is a work of fiction named “Sophie’s World, a novel about The History of Philosophy” by Jostein Gaarder and translated by Paulette Møller.

From Macmillan Publishers: “A page-turning novel that is also an exploration of the great philosophical concepts of Western thought, Jostein Gaarder’s Sophie’s World has fired the imagination of readers all over the world, with more than twenty million copies in print.”

One day fourteen-year-old Sophie Amundsen comes home from school to find in her mailbox two notes, with one question on each: “Who are you?” and “Where does the world come from?” From that irresistible beginning, Sophie becomes obsessed with questions that take her far beyond what she knows of her Norwegian village. Through those letters, she enrolls in a kind of correspondence course, covering Socrates to Sartre, with a mysterious philosopher, while receiving letters addressed to another girl. Who is Hilde? And why does her mail keep turning up? To unravel this riddle, Sophie must use the philosophy she is learning—but the truth turns out to be far more complicated than she could have imagined.

“First, think a beginner’s guide to philosophy . . . Next, imagine a fantasy novel–something like a modern-day version of Through the Looking Glass. Meld these disparate genres, and what do you get? Well, what you get is an improbable international bestseller . . . [A] tour de force.” —Time Magazine.

From Wikipedia: First published in 1991, it quickly became a Best Seller in Norway. The English translation was published in 1995 and it was reported to be the best-selling book in the world that year. It since has been made into a film, with an English-subtitled DVD released in the 2005 in the UK. If you are interested in attending, RSVP to John Campbell to receive the Zoom link, which will be published about a week ahead of the meeting.