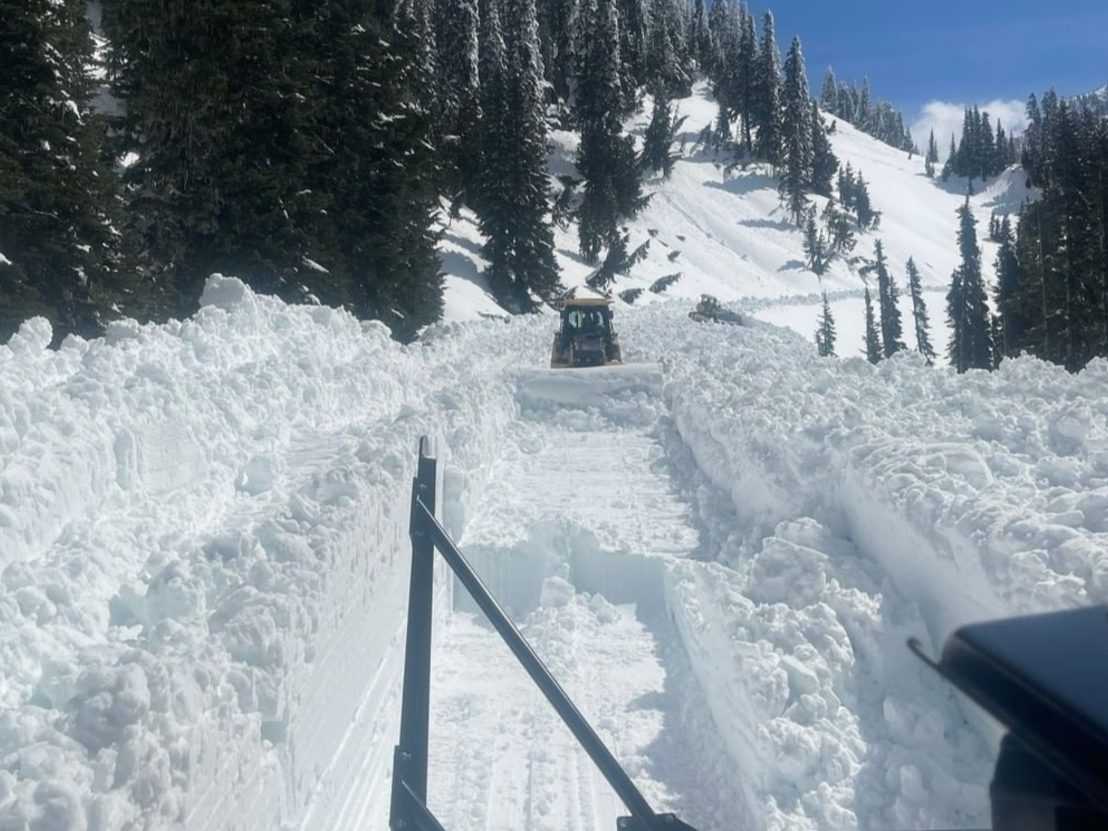 MOUNT RAINIER, WA — Despite fresh snow lingering well into May, state transportation officials said they will be able to reopen one of the key routes to and from Mount Rainier in time for Memorial Day weekend. The Washington State Department of Transportation announced Thursday that Cayuse Pass, or State Route 123, will reopen by Friday, May 27.

Cayuse and Chinook passes closed in November and typically reopen in late May, but the cool and wet run of spring weather has continued to bring the area heavy snowfall through the spring. Other Cascade passes have experienced similar late-season conditions, including Snoqualmie Pass, which logged one of its snowiest winters in 20 years.

Starting next Friday morning, north-south travel will resume along State Route 410 from Crystal Mountain Boulevard to the SR 123 junction, and Cayuse Pass will be fully reopened. Drivers will not be able to travel east beyond the junction, and onward to Chinook Pass, which WSDOT expects will remain closed for several more weeks.

“Relentless winter weather with continued snowfall and high avalanche danger will keep State Route 410/Chinook Pass closed until it is safe to reopen,” officials wrote Thursday. “Maintenance crews with the Washington State Department of Transportation will continue to clear the roadway and conduct avalanche control as weather allows.”

Within the boundaries of Mount Rainier National Park, drivers will be able to access the parking lot at the Grove of Patriarchs but will not be able to go west over Stevens Canyon Road. Officials said the Grove of the Patriarchs trail remains closed, due to a damaged bridge, along with the White River Campground, Sunrise Road, and Tipsoo Lake.