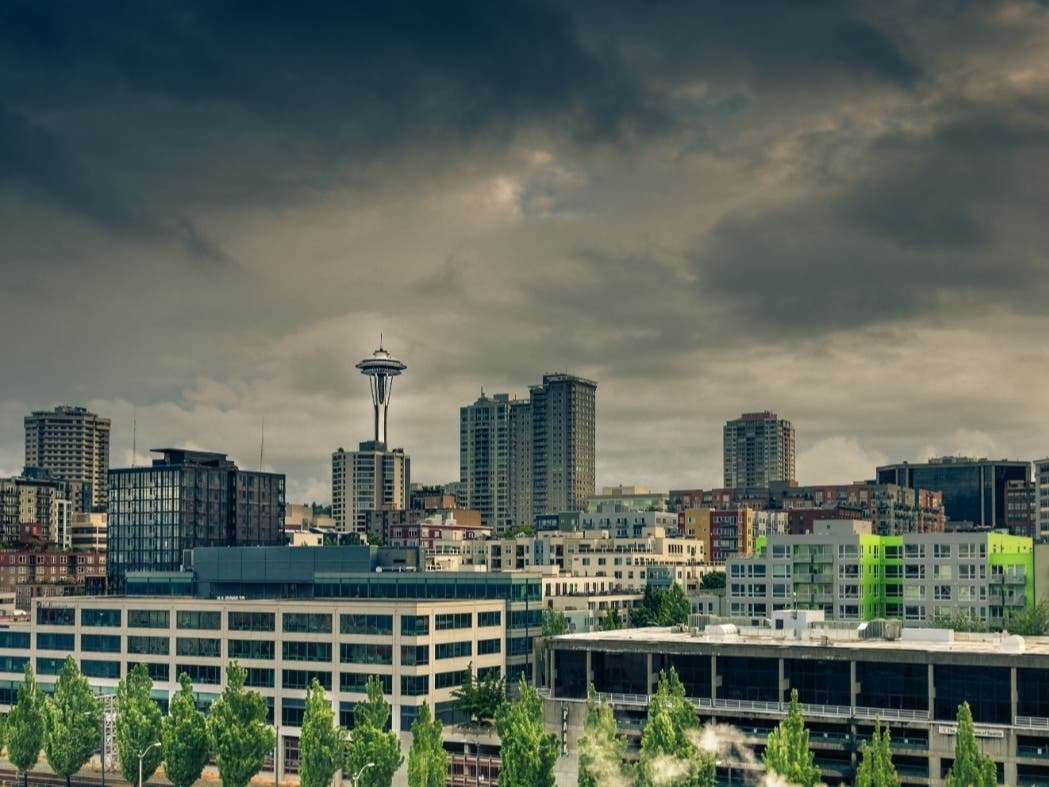 SEATTLE — Predictions of a cooler, wetter spring are bearing out so far, with another week of chilly weather in the forecast to round out the first month of the season.

Following a few bouts of hail and snow over the weekend, the National Weather Service expects “wet and unsettled weather” will continue through the workweek, with rain showers likely on most of the coming days, and another handful of chances for lowland snow flurries.

The stubbornly cool temperatures are courtesy of a lingering cold air mass settled over Western Washington, which looks to keep overnight lows in the 30s and afternoon temperatures in the 40s into next weekend.

Thanks to the chill in the air, forecasters said there would be another brief window for lowland snow accumulation Monday morning, particularly in communities south of Tacoma, as snow levels dip down to a few hundred feet.

“The track of this low is one that would normally favor a lowland winter storm in the winter, and despite it being April will still bring a winter weather threat with it,” NWS Seattle wrote Sunday. “The actual track of the low will remain a crucial forecast element [Sunday night]/early Monday, and there is still slight model discrepancy in this. This will ultimately affect the amount of moisture that moves into [Western Washington], and in turn, how much snow will accumulate.”

According to the latest storm track, forecasters said parts of the South Sound could pick up measurable snowfall into mid-morning, with 1 to 3 inches possible around Centralia and Chehalis. The National Weather Service said that locally higher totals were also possible along the Hood Canal. Around Seattle, there will be a chance for a rain/snow mix through the Monday morning commute, with little to no accumulation expected.

Looking ahead to the rest of the week, forecasters expect showery conditions to linger through the end of the week, as more systems move across the region. Temperatures should remain stable, but cool, with repeat chances for a rain-snow mix during overnight and early morning hours.