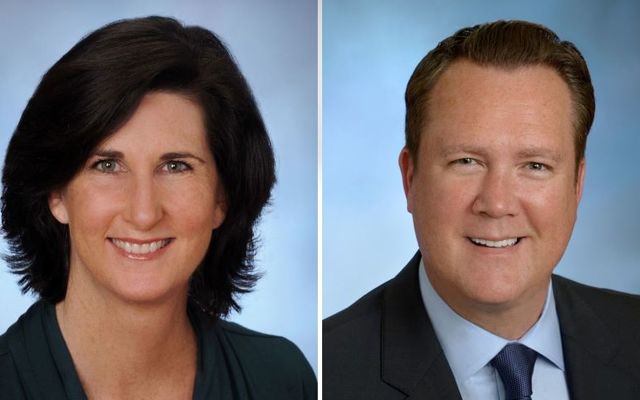 At the first meeting of 2022, the City Council unanimously elected Lynne Robinson to a new term as Bellevue’s mayor. In a separate vote immediately following, Councilmember Jared Nieuwenhuis was also elected to a second consecutive term as deputy mayor. The vote was 4-3. Both will serve a two-year term expiring at the end of 2023. Councilmember Janice Zahn received three votes for the deputy mayor position.

First elected to the council in 2014, Robinson served as deputy mayor from Jan. 2018-Dec. 2019 and was then elected mayor by the council. Previously she held a seat on the Parks & Community Services Board for five years; chairing the body from 2011 to 2013. Robinson holds a doctorate in physical therapy, is a small business owner and has been a resident of Bellevue since 1997. She now joins a small club of five (now six) previously elected back-to-back, two-term mayors, since the city was incorporated in 1953.

Nieuwenhuis was elected to the council for a four-year term beginning in 2018. The council previously selected him as deputy mayor in 2020. Before joining the council, he also was a member of the Parks & Community Services Board. He manages marketing and communications for a Bellevue-based educational software company. An immigrant and son of Dutch-Canadian parents, he lives with his wife and daughter in the Lake Hills neighborhood.

Bellevue’s mayor presides over council meetings and study sessions, helps set the meeting agenda, represents the city at public events, and acts as the primary spokesperson for the council.

Bellevue operates under a council-manager form of government, with the council hiring a city manager to oversee all city operations. The council is made up of seven members who are elected at large and serve staggered four-year terms. The councilmembers, in turn, select a mayor and deputy mayor from among themselves. More information on the council and Bellevue’s form of government is on the city’s Councilmembers web page.

In other business, the council approved moving forward with waiving certain utility connection fees for shelters and affordable housing projects contingent on availability of non-utility funds to cover the amount of the waiver. This will support increasing the creation of affordable housing units by reducing the costs of development and ensure that Bellevue Utilities ratepayers would not be impacted. Waiving the fees will also allow the city to partner with A Regional Coalition for Housing (ARCH) to apply for the state’s Connecting Housing to Infrastructure Program (CHIP) grant program to pay for the waived fees for affordable housing projects.

Councilmembers unanimously agreed to pursue changes to city codes to implement the connection fee waiver program and apply for the CHIP grant. More details and the presentation are available in the meeting materials.

The council also voted unanimously to approve an appointment to the Environmental Services Commission, as recommended by Council Liaison for the commission, Councilmember Conrad Lee.

Andy Dupertuis will serve a partial term on the Environmental Services Commission expiring May 31, 2025.