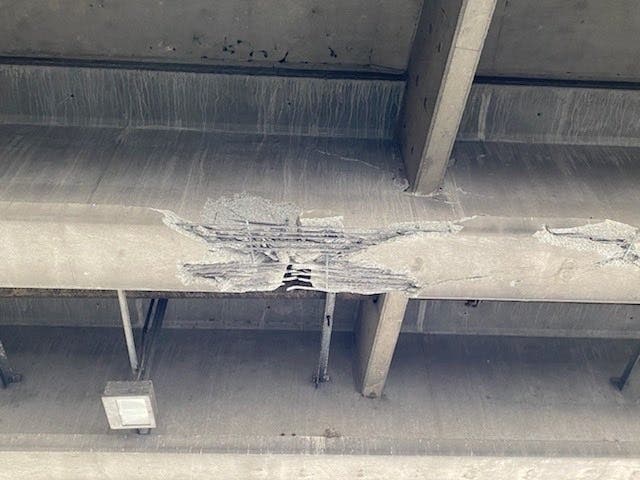 RENTON, WA — Gov. Jay Inslee on Monday signed an emergency declaration to assist with repairs to the Lind Avenue overpass in Renton, which suffered significant damage in a crash earlier this month. According to Washington State Patrol, a truck pulling a large backhoe hit the overpass on June 13, and a photo shared from the scene showed structural damage to the underside of the structure.

According to the governor’s declaration, the crash “caused immediate serviceability concerns and significantly reduced the lifespan of the bridge,” which spans Interstate 405, near milepost 2.3. The state Secretary of Transportation authorized necessary closures and repairs, which the state estimates will cost $2 million.

According to The Seattle Times, inspectors found extensive damage to three girders and lesser impacts to two others, and the schedule for repairs is yet to be determined.