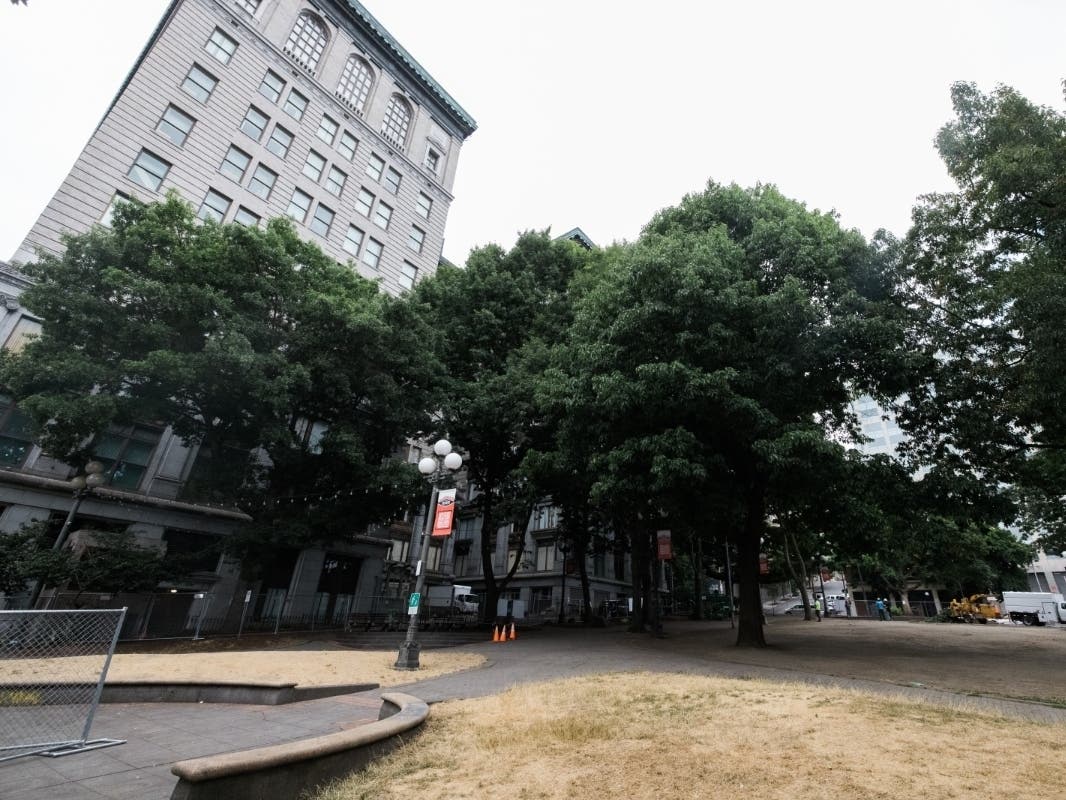 King County council members in October approved plans to acquire the downtown Seattle park, which sits directly adjacent to the King County Courthouse and the county seat of government. The half-acre property closed for renovations in August amid increasing safety concerns and mounting political pressure. Nearly three dozen judges signed a letter asking the city to close the park, and King County councilmembers Jeanne Kohl-Welles and Reagan Dunn led a push to take ownership and overhaul the area.

“This land swap agreement signals a new and exciting era for City Hall Park and the entire King County downtown campus,” Kohl-Welles said Friday. “Now, we will be able to think strategically and long-term about how to ensure that County facilities are welcoming and accessible for all residents in the County, whether they’re in Pioneer Square or at the Courthouse to access services, to work, to participate in the judicial system, or just to visit what is known as Seattle’s First Neighborhood.”

King County Executive Dow Constantine announced a deal with Seattle Mayor Jenny Durkan in a news release Friday, highlighting the benefits for both governments in the swap.

“Ensuring public lands continue to be used for the public good is an important mission not just in open spaces, but within our urban centers as well,” Constantine said. “City Hall Park will allow King County to map out a vision for a complete downtown Civic Campus, including exploring reopening the historic Courthouse entrance and engaging the surrounding neighborhoods, while keeping the land for public use.”

For Seattle’s end of the bargain, King County will transfer the city 13 parcels, totaling an estimated 1.35 acres. The deal includes a lot near the South Park Bridge and Cesar Chavez Park, along with smaller pieces of land near other city parks, officials said.

“For years, we have partnered to revitalize the area around South Park Plaza, and with this new property, we can further our commitments in the Duwamish Valley action plan and expand the community led vision for the area,” Durkan said. “With the 13 new properties across the city, we can expand park access in our growing city. King County and members of the King County Council have committed to ensuring the safety and vibrancy of City Hall Park for years to come, so the City of Seattle is eager to support the county’s investments and vision towards the park and campus.”

The land swap requires final approval from the Metropolitan King County Council and the Seattle City Council, and officials said the agreement was sent to both bodies on Friday.