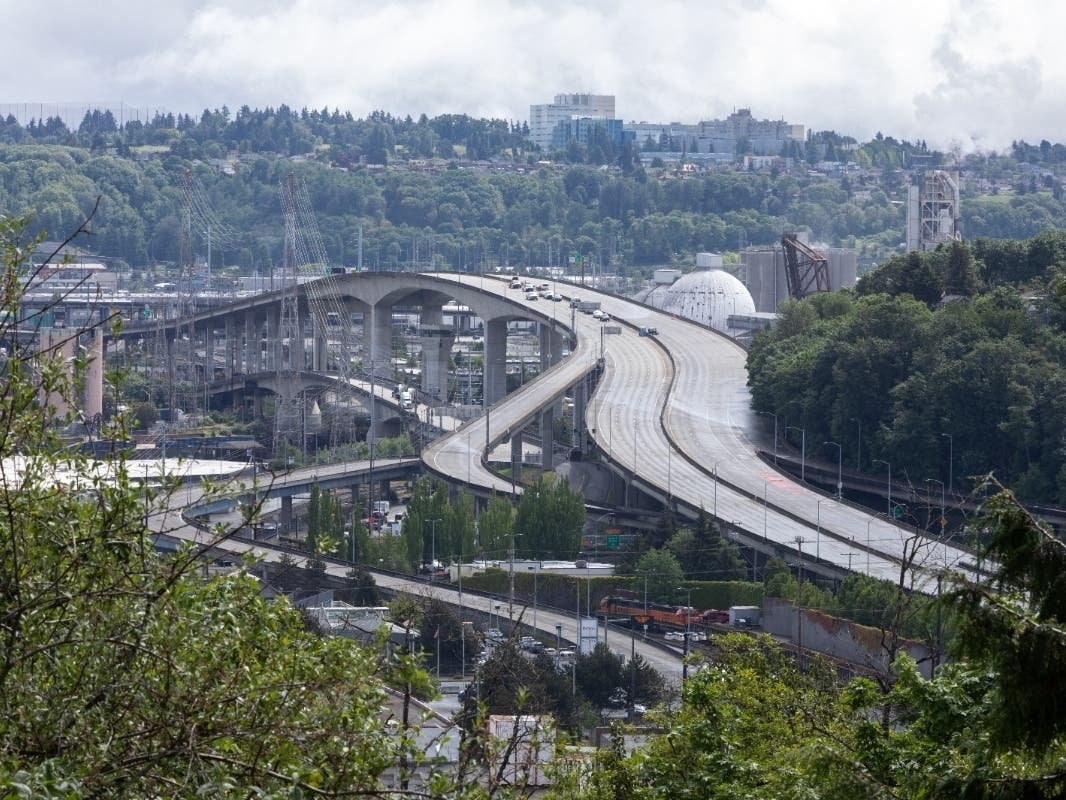 A strike among 330 concrete laborers has effectively shut down or slowed public and private construction projects around King County, where workers have been on the picket lines demanding a better contract for more than two months in Seattle, Bellevue, Issaquah, Redmond, Snoqualmie and Kenmore. According to the union, Teamsters Local 174, the workers on strike include concrete mixer truck drivers, dump truck drivers and cement plant employees at six companies.

Here are some of the projects impacted by the ongoing labor dispute:

Other projects facing delays include:

The work stoppage started when more than 100 Teamsters employed at Gary Merlino Construction and Stoneway Concrete began an unfair labor practice strike. In early December, they were joined by Teamsters working at Cadman, CalPortland, Salmon Bay Sand & Gravel, and Lehigh Cement. According to the union, the employers failed to bargain in good faith for a new contract and put up offers that “added mere pennies” and “dramatically undercut” compensation offered in other trade union contracts.

Another mediation attempt failed in late January, which left the two sides no closer to reaching a deal. This week, the prolonged strike received national attention in a video shared widely online.

On Wednesday, Constantine and Harrell were joined by transit and port officials, along with a developer of the Washington State Convention Center project, to urge a resolution to the dispute and announce a plan to “guarantee a supply of concrete” for projects across the region.

As an incentive to help spur an agreement, Constantine announced a new “request for qualifications” — or RFQ — seeking bidders for a contract valued between $28 million and $35 million over several years. Securing the deal would require contractors have union agreements in place, including stipulations preventing future work stoppages and lockouts.

“With transit improvements stalled and construction sites gone quiet, the impact of the labor dispute is leaving people out of work and taxpayers suffering delays in critical infrastructure that the region needs build now,” Constantine said. “Our proposal today seeks to protect the public’s interest by providing economic certainty to suppliers who treat workers fairly and keep our infrastructure projects moving forward.”

Constantine said he hoped the construction companies would come back to the table and hammer out a deal with the union and get worksites moving again.

“I know that the union is willing to talk,” Constantine said. “In fact, I think they showed up today with a table and a negotiating team in the parking lot of one of the contractors waiting to talk. So they’re ready to go to the table, but we have multiple companies involved here and we need to get them in the room with a mediator…and make sure we get all the issues out on the table and we can get proposals that everyone can agree to.”

In Seattle, Harrell warned that the timeline for completing the West Seattle Bridge repairs may have to be extended if a labor dispute continues beyond Feb. 20. The Seattle Department of Transportation has worked with contractors to reorder work since the strike began, but the project is awaiting specialized concrete that is critical to finishing on time.

“I have met with Teamsters representatives and leaders at the concrete companies on multiple occasions to stress the incredibly urgent need to come together and reach a resolution — this contractual dispute has unprecedented implications for the future of our city and the people who call it home,” Harrell said. “We support King County’s and other regional partners’ efforts to address this issue, and Seattle is exploring an array of potential emergency responses. That said, the most effective solution for all parties is simple for business and labor to reach a just agreement and for the strike to end.”

The stoppage is also having an effect on Sound Transit’s ability to complete several light rail extension projects, due for completion in 2023 and 2024, and the agency’s CEO warned.

“On Sound Transit’s projects alone, we’ve missed more than 2,200 deliveries, equivalent to a line of concrete trucks more than 14.5 miles long,” Peter Rogoff said. “Our contractors have laid off more than 200 workers, and another 165 jobs are threatened. It’s critical that the parties to this dispute work together to negotiate a resolution.”