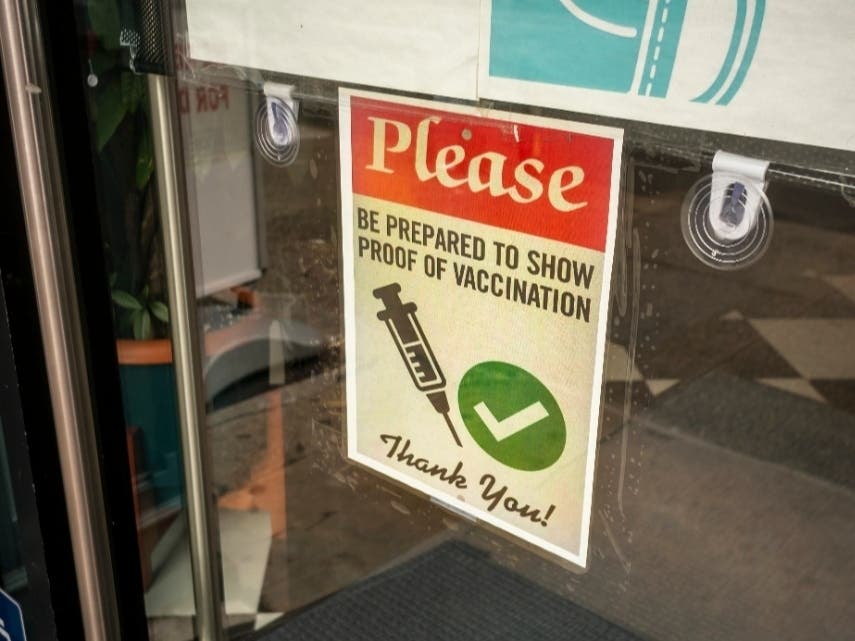 SEATTLE — Seattle and King County leaders plan to announce changes to the county’s vaccination verification policy Wednesday and reveal a new timeline for when city and county employees will return to the office.

According to a news release, Seattle Mayor Bruce Harrell will join King County Executive Dow Constantine and the county’s health officer, Dr. Jeff Duchin, for a news briefing scheduled for 1 p.m. at the Chinook Building in downtown Seattle.

King County’s vaccine verification rules went into effect in late October, requiring most restaurants and bars to check patrons’ vaccination status before they could dine indoors, and mandating similar rules for indoor entertainment events, including sports and concerts, and large outdoor events with 500 people or more.

At the time, officials said the rules were not meant to be permanent and would be revisited within six months. The information available Tuesday did not include specifics about the pending rule change.

While King County remains in the Centers for Disease Control and Prevention’s high transmission category, metrics have sharply declined across the board in recent weeks. According to the latest available data, case counts have tumbled another 24 percent over the last week, with hospitalizations down 21 percent. King County is averaging seven COVID-19 deaths each day.

According to King County’s vaccination dashboard, more than 95 percent of residents 12 and older have received at least one dose of a COVID-19 vaccine, while more than 87 percent are classified as fully vaccinated.

Wednesday’s scheduled announcement comes one week after Gov. Jay Inslee announced a timeline for ending restrictions on non-emergency surgeries and removing a statewide masking requirement for large outdoor events. The governor is expected to announce an end date for the statewide indoor mask rule later this week.

The expected news about more public employees returning to their offices follows timelines shared earlier this week from some of the region’s major employers, including Microsoft and Expedia. In his state of the city address Tuesday, Harrell said city employees would begin a broader return to the office next month.