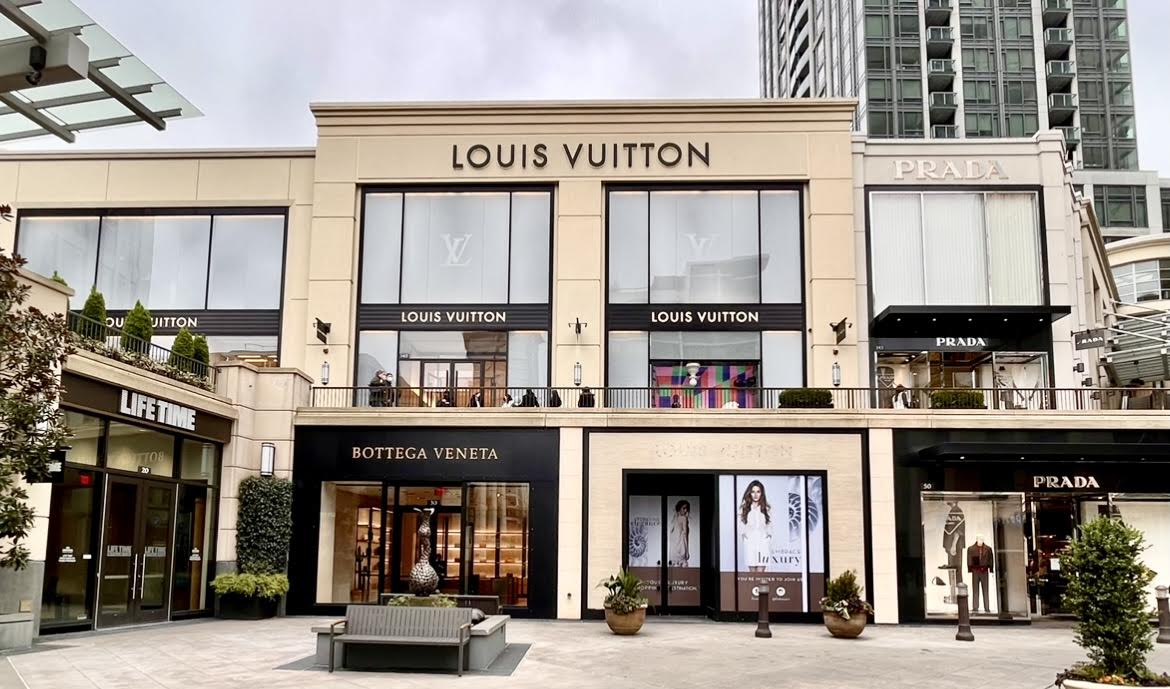 Louis Vuitton is now open after its remodel and expansion at The Shops at The Bravern. It is located next to Prada, facing Northeast 8th Street.

Louis Vuitton announced in 2021 that they would be expanding their location to what was previously Jimmy Choo. The luxury brand was originally located on the first level, next to Bottega Veneta.

Jimmy Choo closed at The Bravern in 2019. It was the first boutique to open in the Pacific Northwest for the shoe retailer. By moving into this space, Louis Vuitton was doubling the size of their original store, according to a representative for The Shops at The Bravern.

The closure of Neiman Marcus in July 2020 came as a part of the company’s bankruptcy reorganization that included four of its full line stores. The retail location is 124,637 square feet and has a lease until 2040. A&G Real Estate Partners has been marketing the property.

The shopping complex has been home to many luxury retailers over the past 12 years. In 2020, six retail storefront were consolidated and Compass Real Estate opened a regional office at The Shops at The Bravern.