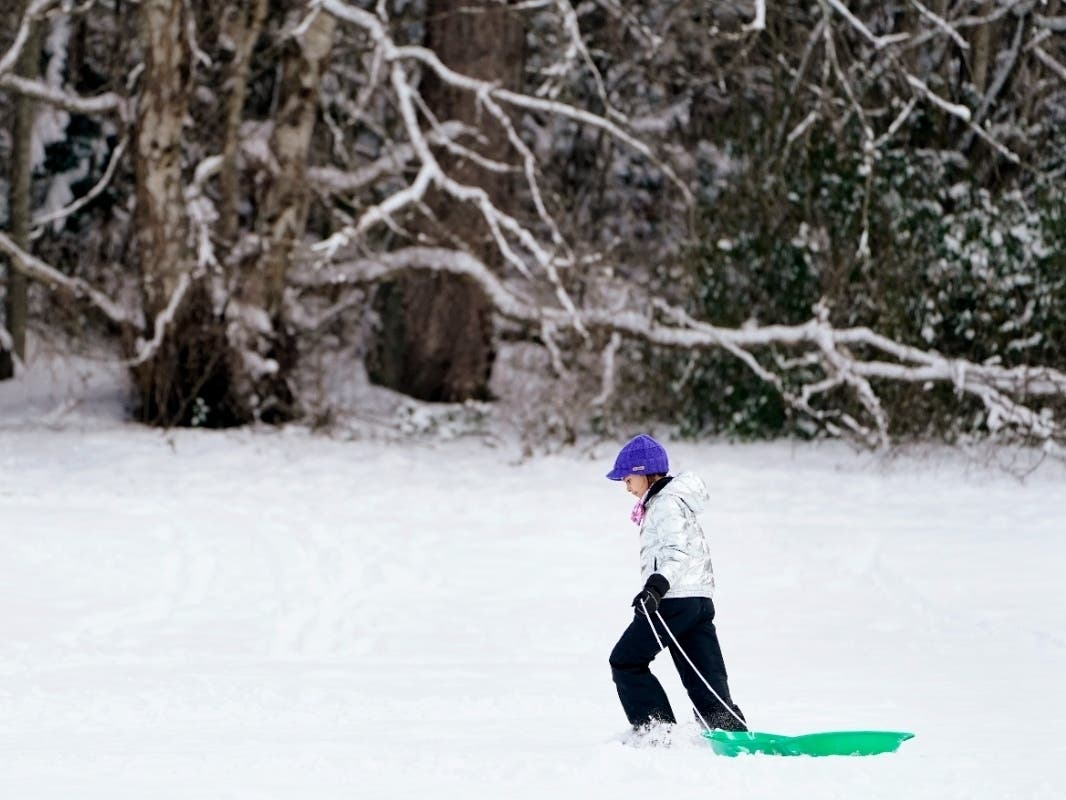 SEATTLE — Another round of snow is approaching the lowlands of Puget Sound, which forecasters say could mean a few more inches around Seattle, Tacoma and Bellevue before temperatures finally break out of freezing.

The National Weather Service said a dusting was possible overnight into Wednesday morning, amounting to less than half an inch around Seattle, before the next band of moisture arrives Wednesday evening through Thursday. The latter system could bring new accumulations ranging from 1 to 5 inches.

“A weather system will drop down from the north/northwest Wednesday night and Thursday, likely bringing another shot of lowland snow to the area,” NWS Seattle wrote Tuesday. “The most likely scenario is [1 to 3 inches] with about a 10% chance of [3 to 5 inches]. Complicating matters is highs will warm into the 30s for the interior and lower 40s at the coast, so snow might change to a rain/snow mix for parts of the interior from about Seattle south and turn to all rain for a while at the coast. The mountains should pick up something like 6-12 inches of new snow as well.”

Forecasters expect the latter half of the week will finally bring a little relief from the persistent run of arctic air, which lent to Seattle recording its coldest day in more than three decades on Monday. Temperatures should warm to the mid-30s by Thursday afternoon, before dipping back under the freezing for another very cold night.

Mostly sunny skies are in the forecast for New Year’s Eve, but temperatures will stay cool enough for potentially yet another round of snow Friday night into New Year’s Day. However, the National Weather Service said the threat of additional snow could end by Sunday, as temperatures crest 40 degrees.

Until then, officials warn that roadways across the region will continue to present hazards to travelers, and even the routes that are plowed may be coated with compact ice. The first night with temperatures above freezing is unlikely to arrive before Saturday.