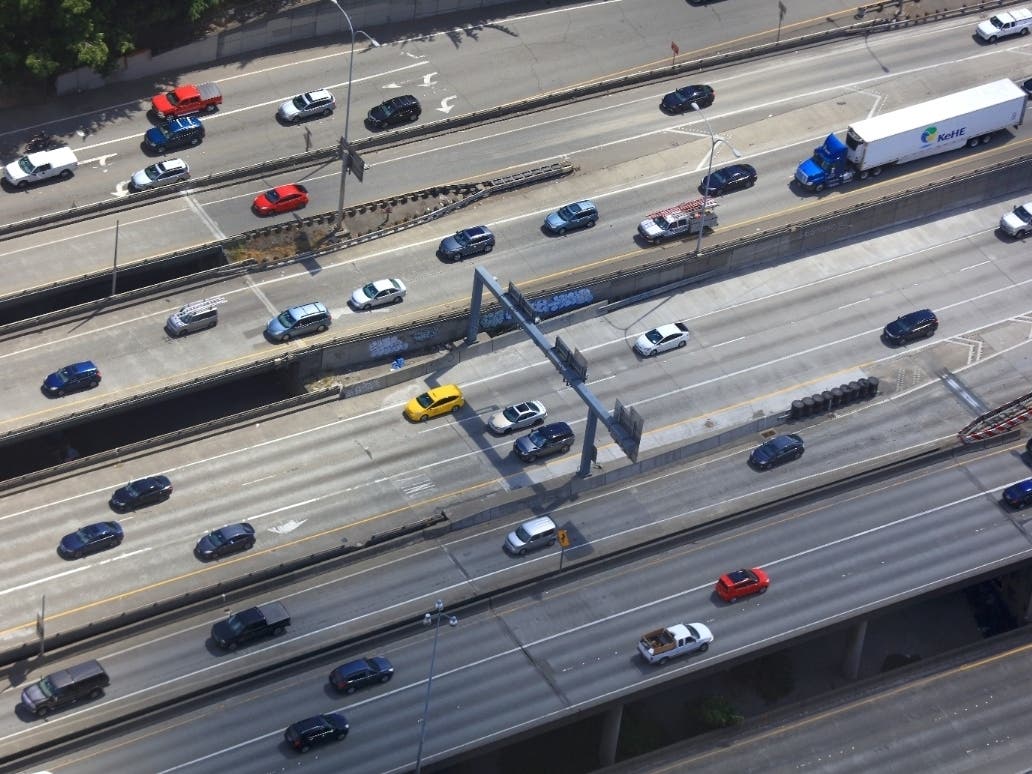 OLYMPIA, WA — State Democratic leaders on Tuesday released the details of their “Move Ahead Washington” plan, a sizable transportation package designed to allot $16 billion for infrastructure projects and improvements over the next 16 years.

“This package is key for an accessible, sustainable future in Washington’s transportation sector,” Fey said in a statement. “We’ve worked hard over the last two years to listen to communities all across Washington, and they told us that their top priorities included preserving our infrastructure, finishing the projects we’ve started, taking action against climate change, expanding multimodal options, and addressing the harm of past transportation policies. I’m proud that this package reflects all those things to invest in every Washington community.”

The proposal includes a combined $4 billion over 16 years to complete state and local road projects, including $244 million for new HOV improvements along Interstate 5 near JBLM, widening projects for portions of State Route 18 and Interstate 90 and new bus lanes for Interstate 405.

More than $302 million would support pedestrian and bike safety efforts, including $50 million for improvements along Seattle’s Aurora Avenue North and $35.5 million for bike and pedestrian access along State Route 167 between Puyallup and Fife.

Transit investments include funds to add four new electric ferries to the state’s fleet and electrify more buses, along with $150 million toward constructing ultra-high-speed rail. A new program, representing a combined $44 million, aims to make ferry and Amtrak trips free for riders under 18.

According to state Democratic leaders, funding for the transportation package will rely on several sources, including $2 billion transferred from the state’s general fund and a new 6-cent tax on fuel exports. However, taxes will not increase for gas at the pump.

Senate Republican leaders criticized the package as the product of a fully partisan process, while several environmental advocacy groups decried the proposal as lopsided in favor of highway megaprojects and moving the state in the wrong direction on meeting climate targets and safety priorities.

“It is so essential right now to push back on the misconception that expanding highways is going to solve our congestion problems,” said Grace Hope, a director at 350 Washington. “The science behind this shows that it leads to more driving, more community pollution, and more greenhouse gas emissions. We need to be sure we’re investigating in infrastructure that safely move eight to communities and gets all people where they need to go without having to sacrifice a healthy environment or a stable climate for future generations.”

In a statement released Tuesday afternoon, Gov. Jay Inslee applauded the Move Ahead Washington proposal and encouraged both chambers to pass the legislation without delay.

His statement reads in part:

“The Move Ahead Washington proposal will provide major benefits to communities all across our state. As our state continues to grow, we need to make sure people and businesses have safe, reliable transportation options.

Importantly, this package recognizes the need to reduce emissions in our transportation sector by prioritizing billions of dollars to clean transportation initiatives including funding for four new hybrid-electric vessels, support for new state and local decarbonization projects, and historic investments in transit, bicycle and pedestrian infrastructure.

I am especially appreciative this package includes funding to replace the I-5 bridge over the Columbia River; keeps our legal commitment to remove fish passage barriers on our state highways; and continues work on ultra-high-speed rail.”

This year’s legislative session is scheduled to conclude on March 10.