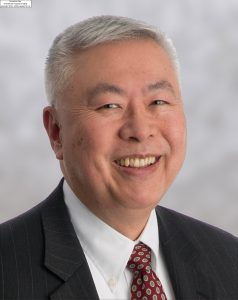 Nelson Dong is a partner in the Seattle office of Dorsey & Whitney LLP and heads its National Security Law Group and is co-head of its Asia Group. He advises companies, professional societies, universities and research organizations on export controls, economic sanctions, national security and international trade and investment matters. He is an author and teacher on international technology law issues and has been an adjunct professor of international law at the Seattle University Law School and a guest lecturer at the University of Washington Law School.

Nelson was a White House Fellow and U.S. Department of Justice official in the Carter Administration responsible for international and national security matters regarding U.S. relations with the former Soviet Union, the People’s Republic of China and Iran, and he also served as a federal prosecutor in Boston. He has twice been appointed to the U.S. Commerce Department’s President’s Export Council Subcommittee on Export Administration, its highest industry advisory body on U.S. export control policy. He is an Adjunct Senior Fellow at the East-West Center in Honolulu, a director of the National Committee on US-China Relations in New York City and the Washington State China Relations Council in Seattle, and an active member of the Council on Foreign Relations and the Committee of 100. Nelson is a graduate of Stanford University and the Yale Law School and has served as a trustee of Stanford University.