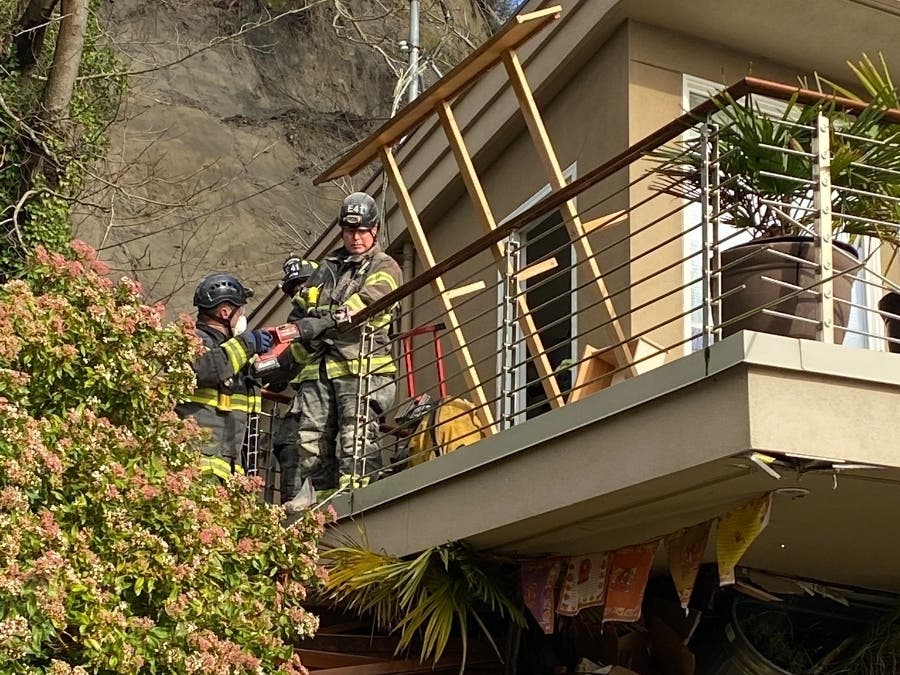 SEATTLE — Seattle firefighters successfully rescued a dog Thursday, nearly a week after the pup went missing during a landslide that swept a Magnolia home off its foundation.

Fire crews initially deployed to the house on Jan. 7, after a steep slope behind the house gave way amid a long stretch of wet weather. A woman was able to escape the home and firefighters rescued a man who was trapped under debris on the first floor. Unfortunately, firefighters said one dog was found dead and a second was unaccounted for.

Seattle Fire rushed back to the scene on Thursday afternoon after the homeowner said they heard a dog inside the structure. Crews arriving back at the scene heard the dog themselves and began cutting through the walls and floor to reach it, officials said.

Just before 3 p.m., the Seattle Fire Department shared a video on social media showing firefighters carefully moving the dog down a ladder, alive and in stable condition.