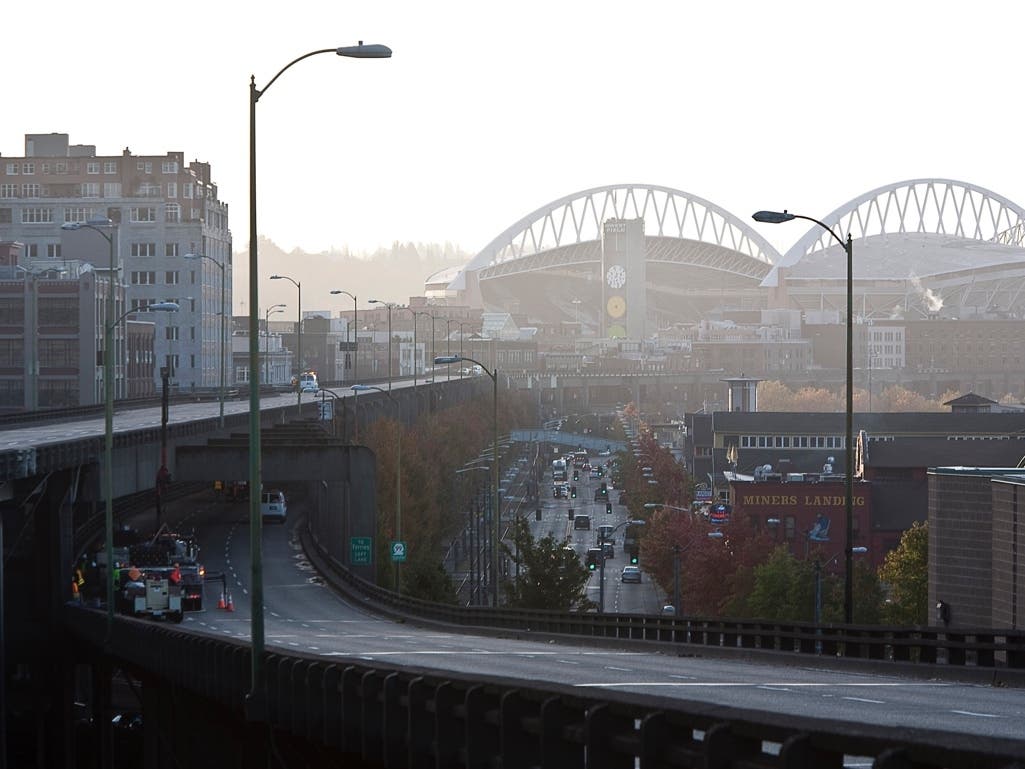 SEATTLE, WA — The state of Washington will see more than $60 million in federal funding for transportation infrastructure projects that will reduce traffic, aid local economies and create jobs across Western Washington.

The federal grants were announced Tuesday by U.S. Sen. Patty Murray, who created the RAISE grant program in 2009. The newest round of funding will help bolster supply chains in Seattle, Longview, Snohomish County and Aberdeen. The grants were awarded by the U.S. Department of Transportation’s Rebuilding America’s Infrastructure with Sustainability and Equity program that was started by Murray more than a decade ago.

This marks the first time four grants have been awarded at once to Washington state, which also received the second highest amount of funding in the country, Murray said in a news release. The following projects received grant funding:

The project will allow the city to widen and strengthen the road, making East Marginal Way into a heavy haul corridor so the street can accommodate larger and heavier truck traffic into the port, the news release said. This work will improve access to the lower West Seattle Bridge and Terminal 5 at the Port of Seattle for the 3,700 trucks that use the corridor each day. The project is also expected to significantly improve congestion by using improved traffic signals, resulting in 8,800 fewer hours of traffic annually.

This $20 million grant award will fully fund the project and allow the city to start construction at the end of 2022. The project will support approximately 533 direct and indirect jobs during construction. Project completion is estimated for 2025.

The project will double rail capacity by two new rail lines with another four track beds to accommodate future needs and extending the length of the existing two rail lines, the release said. The project is estimated to create more than 1,600 jobs over the next 20 years. Project completion is estimated for 2027.

The port is a key economic driver for the community, supporting 19,203 local, regional and national jobs and generates $2.8 billion in economic activity.

The grant will allow the city of Aberdeen to complete the planning phase of the project, which will eliminate three at-grade rail crossings that currently separate Highway 12 from the city’s main commercial area. It will also reduce delays to the Port of Grays Harbor. US-12 currently carries 28,000 vehicles per day, and trains can block the seven at-grade crossings in the corridor for up to 30 minutes per train.

The rail crossings also delay truck traffic to the Port of Grays Harbor, which supports approximately 1,500 jobs. With completion of the planning phase, the city will be eligible to apply for a $3 billion highway-rail crossing elimination grant to complete construction of the project.

This grant will fully fund the replacement of Granite Falls Bridge, which crosses the South Fork of the Stillaguamish River on the Mountain Loop Highway, 1.5 miles outside of the city of Granite Falls.

The bridge, which was built in 1934, is the lone southern access route for the more than 60,000 annual visitors to the area’s hiking and mountain biking trails, and gravel quarry and logging operations that employ over 270 workers.

It is also an alternative access route for Darrington and other communities in the North Stillaguamish Valley.Granite Falls Bridge is the highest priority bridge in need of replacement in Snohomish County and with funding secured, construction is estimated for completion by 2026.

I’ve worked to increase funding for the program so that we can get major federal investments like this one—more than $60 million across four projects—that Washington state needs to see more often,” Murray said in the news release.

“I’m proud that the bipartisan infrastructure bill continues on this work by further investing in the RAISE program —and in the workers, business, and communities it supports—and I’m going to keep pushing to get Washington state the federal dollars we need.”