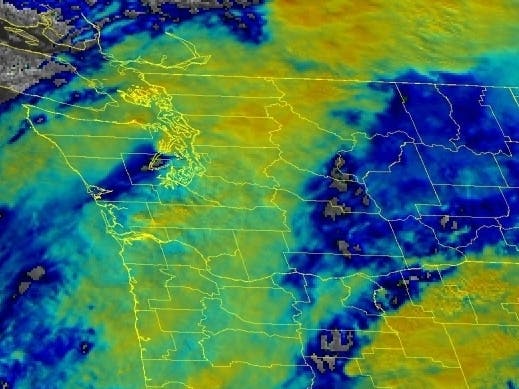 WASHINGTON — The National Weather Service has extended Western Washington’s flood watch — and even issued over a dozen urgent flood warnings — as a second atmospheric river begins making its way inland.

The flood watch began Thursday afternoon, applying to almost all of Western Washington. Initially, forecasters set the warning to expire Saturday afternoon, but new models have meteorologists extending the forecast through Tuesday as more rain moves into the region.

As of 2 p.m. Friday, the National Weather Service had also issued over a dozen flood warnings.

A flood warning is more severe than a flood watch, and asks residents to prepare for road closures and other immediate flooding impacts.

The majority of the listed rivers were only nearing the flood stage as of Friday afternoon, though the Snoqualmie River is running particularly high, with reports of major flooding near Carnation, and moderate flooding at Snoqualmie Falls. Moderate flooding has also been reported along the Puyallup River in Orting.

A live map of current flooding conditions can be found on the National Weather Service’s website.

The second “pineapple express” atmospheric river is expected to reach Western Washington Sunday and linger through Monday. Fortunately for Puget Sound residents, most of the heaviest rains will be focused on the northern Cascades. Unfortunately, that water will still end up in rivers across the Sound, meaning continued or additional river flooding, the weather service said.

Experts also warn that this week’s prolonged rainfall has soaked the hillsides, meaning there is currently an elevated risk of landslides that will linger through the weekend, hopefully tapering off Monday.

Learn more about landslide safety and preparedness from the Washington State Department of Natural Resources.

One final concern: the roads. Washington State Patrol troopers warn that roads are soaked and there have been several reports of cars losing control in the water and crashing.

Troopers ask that drivers recognize the risk, and take it easy out there the next few days. Fortunately, if they can tough out a few slow-going days, the rain should clear Wednesday as the weather becomes drier and colder over the midweek.