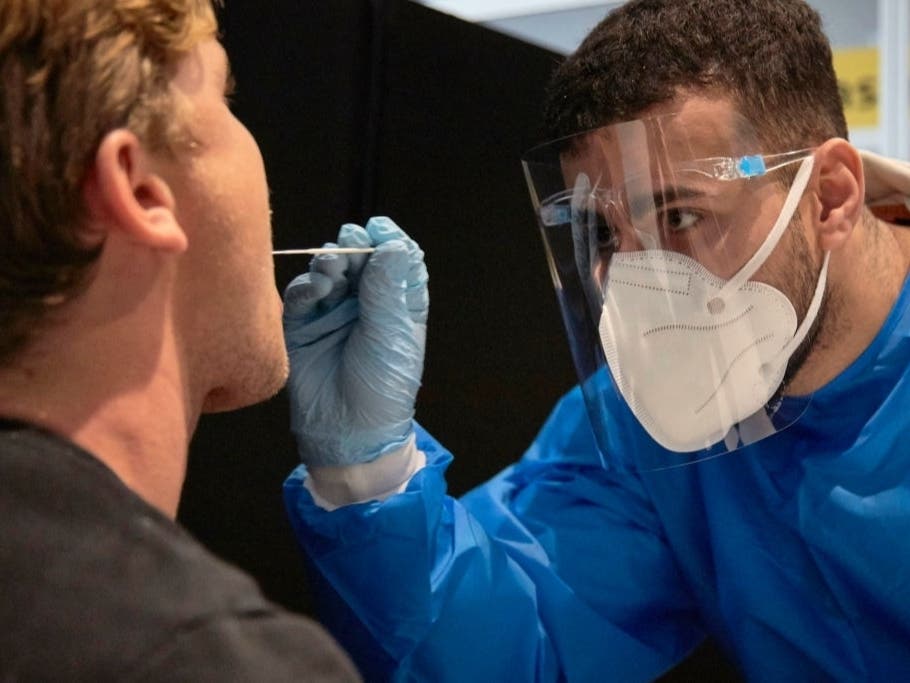 SEATTLE — The woman infected with the first known case of COVID-19 involving the omicron variant in King County had a mild illness that did not require hospitalization, public health officials announced Wednesday.

The Washington State Department of Health confirmed the latest variant of concern on Saturday after genome sequencing identified omicron in three infections in King, Pierce and Thurston counties.

In a brief update shared on the Public Health Insider blog Wednesday, officials said the King County patient, a woman in her 20s, had not recently traveled, suggesting the omicron variant has been spreading locally. State and local health leaders expect more cases will be revealed in the coming days and weeks.

During an interview with the Associated Press Wednesday, the director of the Centers for Disease Control and Prevention said testing identified more than 40 omicron cases across the United States, with the vast majority only mildly ill. The CDC is working on a larger analysis as more data becomes available.

Researchers still have much to learn more about the omicron variant, including how transmissible it is, how resistant it is to current vaccines, and whether it causes more serious illness. However, experts believe existing strategies measures will be effective, including seeking out vaccinations and booster shots, following masking rules and avoiding poorly ventilated indoor spaces.

“It’s important to understand that nothing is known with certainty at this time, and although it will likely take weeks or longer to have more reliable information, I expect us to learn new things about Omicron frequently given how closely it is being studied worldwide,” said Dr. Jeff Duchin, King County’s health officer. “At this time, it is the Delta variant that is the cause of our ongoing local and national outbreak. And the combination of strategies we’ve used against Delta will likely serve us well against Omicron and other variants.”

Earlier in the week, state health officials said getting a booster shot was “absolutely essential” for eligible adults, especially as the Christmas and New Year’s holidays draw near. Washington expected extra shipments from the federal government this week.

“Washington adults should not delay receiving their booster until more is known about omicron,” said Dr. Umair Shah, state Secretary of Health. “Vaccination and boosters are the best weapons we have to fight coronavirus now — preventing severe illness, hospitalization, and death.”