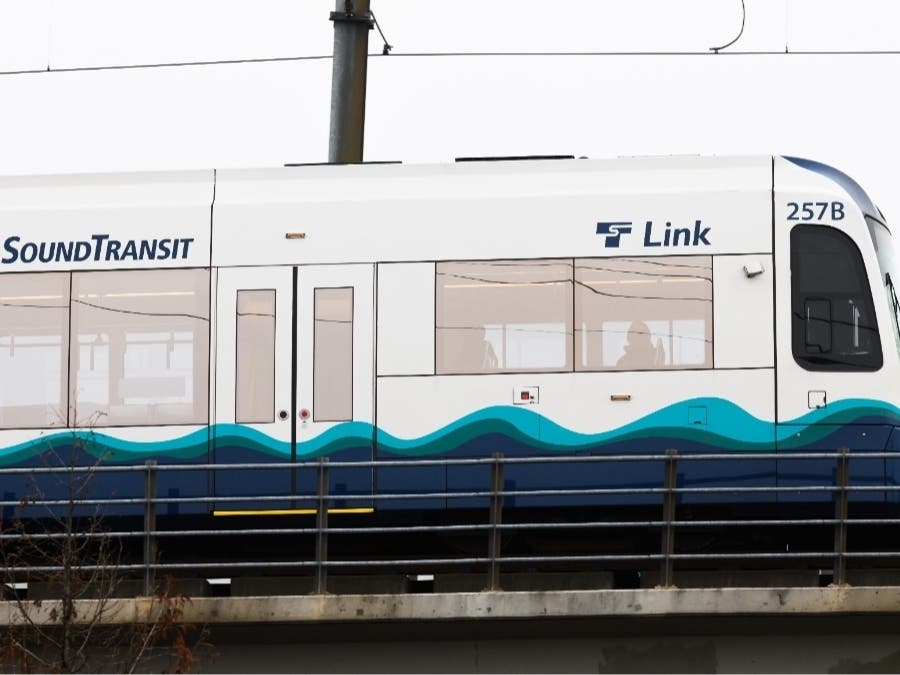 BELLEVUE, WA — Opening dates will be delayed for all four upcoming Link light rail extension projects due to several construction issues, an earlier concrete labor strike and pandemic-related challenges, Sound Transit announced Thursday. The impacts mean the East Link extension, which will bring the 2 Line into service with 14 miles of track between Seattle and the Eastside, will not open next summer as originally scheduled, instead opening at least a year later.

Sound Transit expects the Lynnwood and Redmond extensions, which were scheduled to begin service in mid-2024, will be delayed four to six months. The Federal Way extension, originally slated to open in late 2024, will instead open sometime in 2025, officials said.

The Sound Transit Board’s System Expansion Committee heard a full briefing on the multiple issues impacting timelines Thursday, including several emerging construction issues. For the East Link, contractors working to fix concrete plinths that support the track on both sides of the Interstate 90 floating bridge uncovered more issues with mortar pads, rebar and fasteners, which will require the concrete blocks to be recast.

In Federal Way, Sound Transit said the project encountered unexpected ground stability issues, including a liquefiable layer of soil. Officials said the issue arose after an embankment slid downslope in Kent in July near southbound Interstate 5. Correcting the issue may require a partial redesign.

The Lynnwood and Downtown Redmond extension timelines were both impacted by the concrete strike and the pandemic, and the latter project is also contending with power connection issues and staffing issues.

“Within about the next four years, our carbon- and congestion-free light rail system will more than double from 26 to 62 miles and from 25 to 50 stations,” said Brooke Belman, interim Sound Transit CEO, in a statement Thursday. “While we are on a path to fully resolve impacts of COVID-19, the concrete delivery strike and our construction challenges, we have more work to do before we can reliably establish opening dates. We will work tirelessly with our contractors to complete these extensions as rapidly as possible without compromising on safety or quality.”