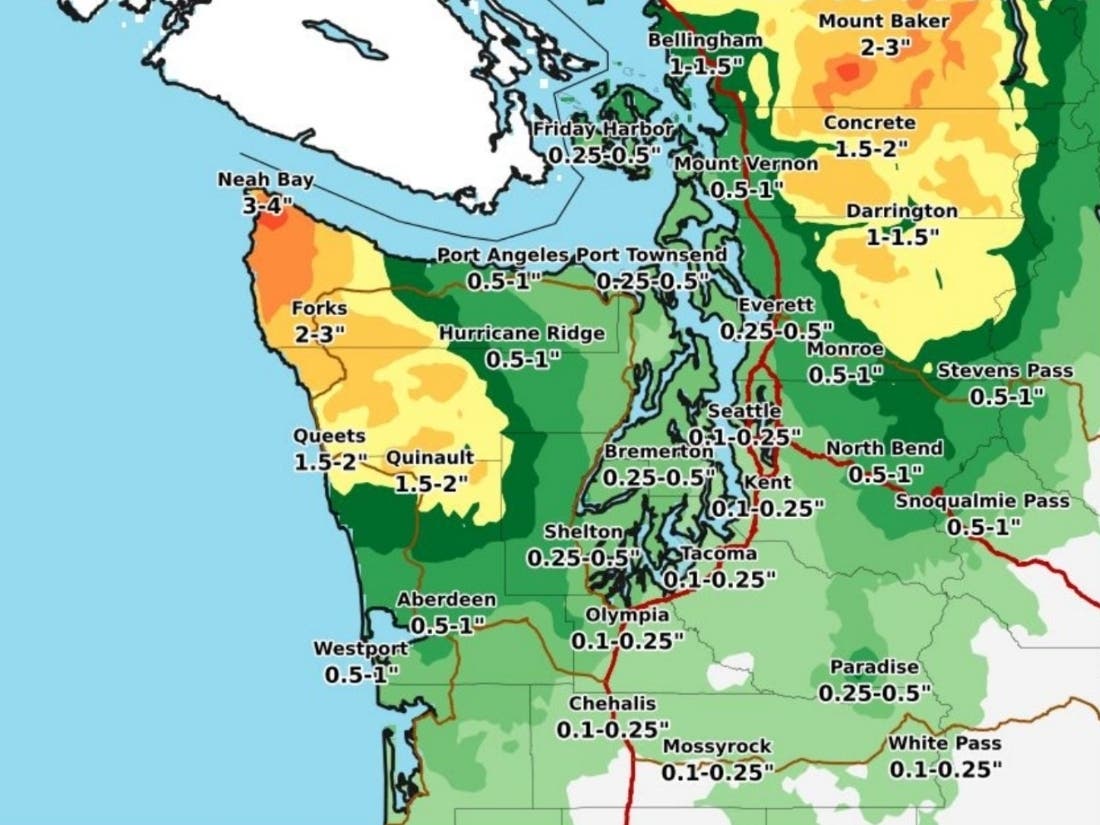 SEATTLE — Puget Sound is poised to send off one of its rainiest Novembers in years on an appropriately soggy note as a third atmospheric river weaves its way through the region, promising another couple of days of wet and blustery weather.

Forecasters expect the heaviest precipitation will impact Northwest Washington, the northern Cascades, the Olympics and the coast through early Tuesday, with lighter rain expected around central Puget Sound. Overall, current forecasts show lower rainfall totals than the weekend storm, but flooding and landslide risks will continue due to saturated soil and rivers already running high.

“If there is a notable change from the previous forecast, it is that the rainfall rates from the incoming [atmospheric river] will likely be lower, but the event as a whole could go on a little longer than previous systems,” forecasters wrote Monday afternoon. “There is still a fair degree of uncertainty as to the timing of the rivers response, but given the degree of saturation, the response could be fairly quick. Soil saturation also prolongs the landslide threat across the area as conditions remain unstable, having not had the chance to adequately had the chance to dry out.”

While the greater Seattle area looks like it will benefit from a rain shadow, residents can expect a gusty Tuesday as wind speeds pick up through Tuesday afternoon.

“With the metro area being largely shadowed from the heaviest rainfall, gusty south winds are expected,” forecasters wrote. “Generally 25 – 30 mph gusts are expected through Puget Sound, with somewhat more gusty conditions anticipated along the water from Everett north and for the coast.”

The National Weather Service expects the rain will finally taper off through Thursday. But as the skies clear, temperatures will take a noticeable tumble. Friday looks to be the coldest day of the week, with afternoon temperatures dipping into the low 40s and overnight lows falling into the 30s.

Current forecasts call for some rain over the weekend, with no significant impacts expected, but a stronger system could be in the cards next week. More details on that potential will be shared as the forecast is firmed up over the coming days.

Here is the 5-day weather outlook for the Seattle region: